Perhaps I must tell you now that my documentation of my tour of medina of Fez is not chronologically arranged/posted. I was cherry picking to coincide with either Skywatch or Our World Tuesday.

Anyway, in this edition I must show you that earlier in the day we were ushered into a beautiful covered courtyard of a riad, for a little rest, a drink of mint tea and the much needed bathroom break.

This riad (a traditional Moroccan house or palace with interior courtyard or garden) is another architectural gem. We were welcomed by a gracious host, asked to sit down and rest, pointed to the restroom, and immediately men started to bring us tea.

A few moments later, the man asked if he could show us some carpets and rugs. No pressure to buy. Several people in the tour were interested in getting carpets. The bigger ones were shipped by the seller so no worries for the tourist. The smaller ones were packed so tightly and so neatly that in the end they were like the size of a manila folder, but bit bulkier.

I was not among those who were interested in buying. I was interested in photographing the beautiful courtyard. Again every inch or the wall, the floor, the ceiling is covered in tiles or carvings or something simply beautiful.

Let me show you. 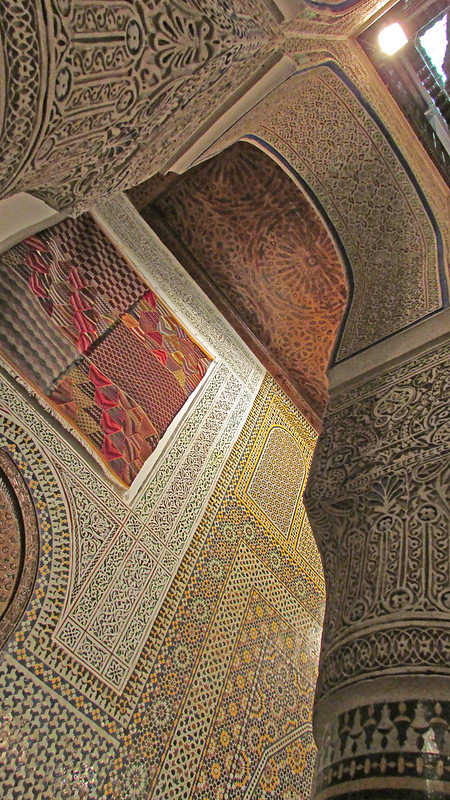 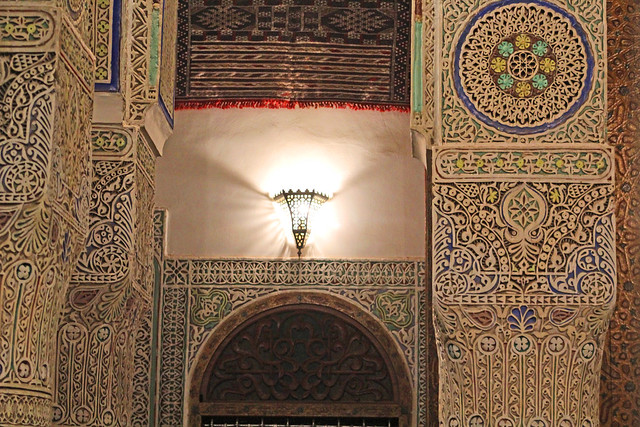 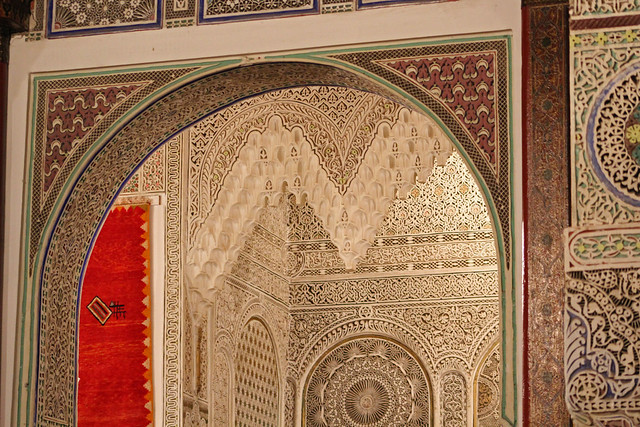 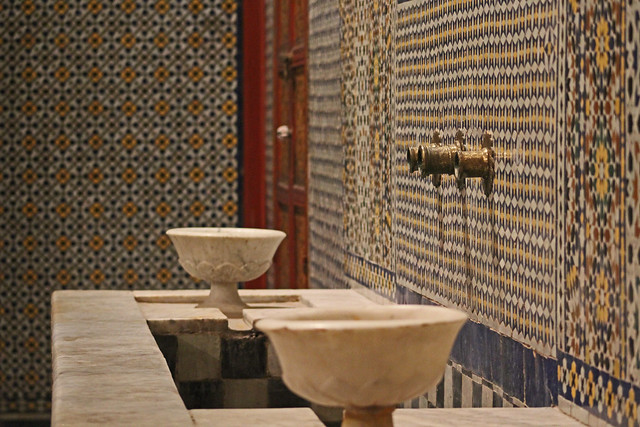 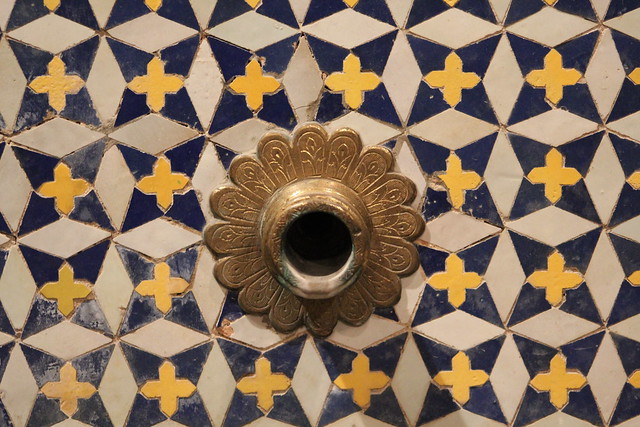 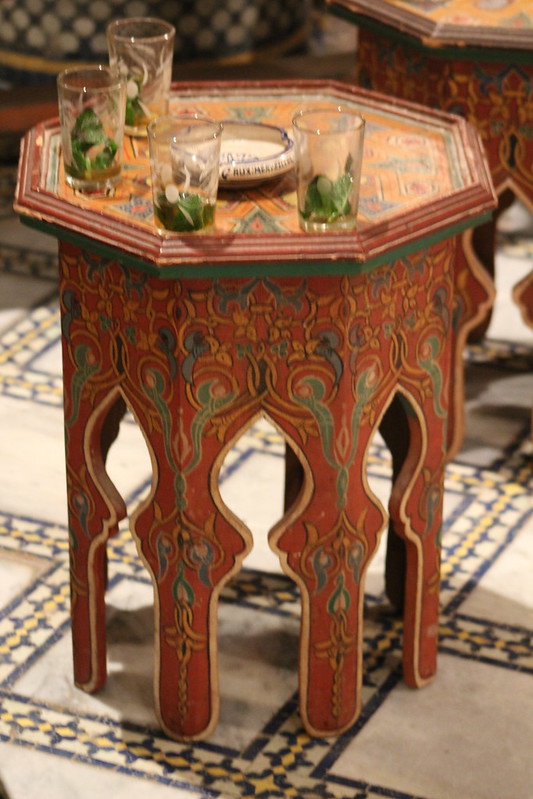 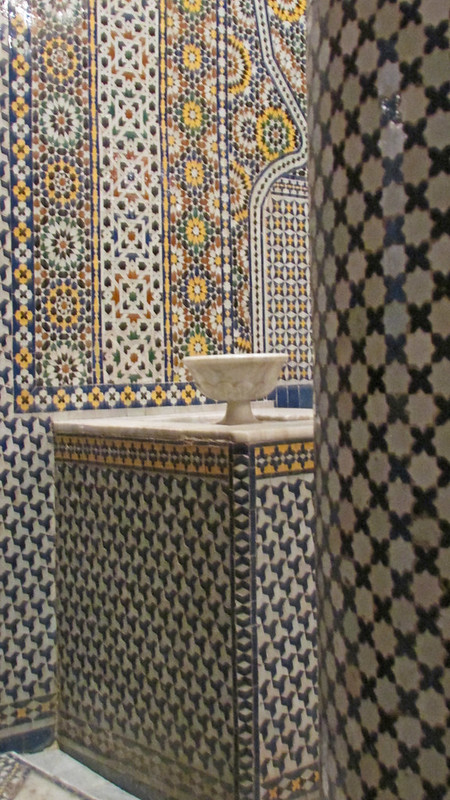 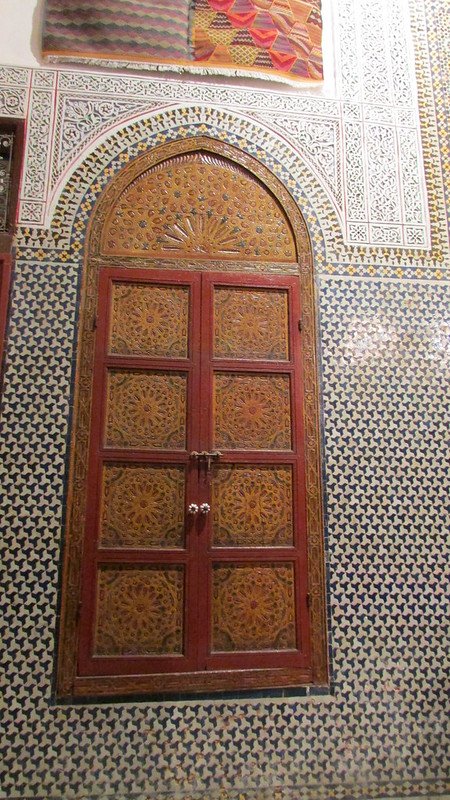 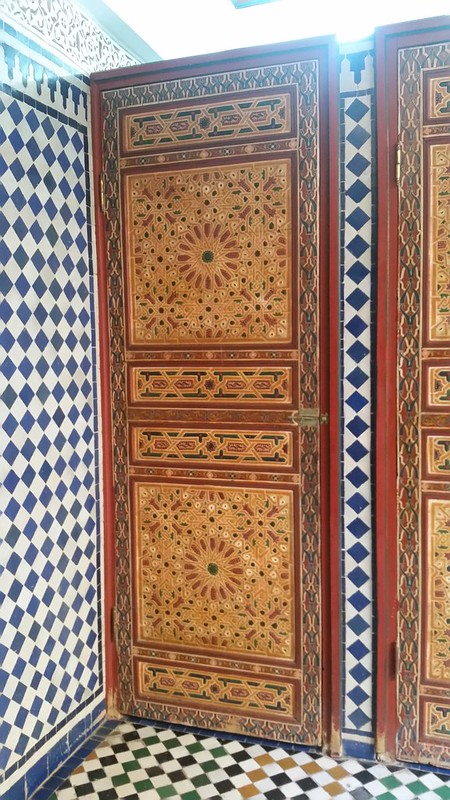 Even the bathroom stalls have gorgeous doors. 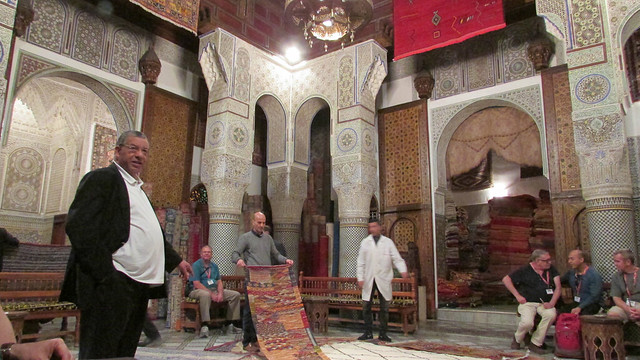 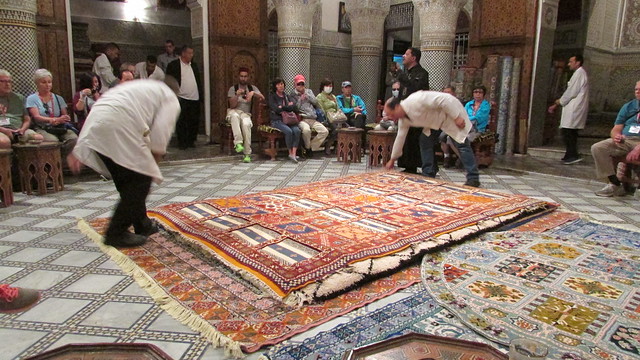 Lunch was included in this tour of the medina. For lunch we were taken to a beautiful restaurant, another riad turned restaurant. The restaurant was empty at first, but once we were all seated, diners not part of tour groups started to come also, and throughout the meal more and more people came in. I bet this was one of the popular places to eat here. 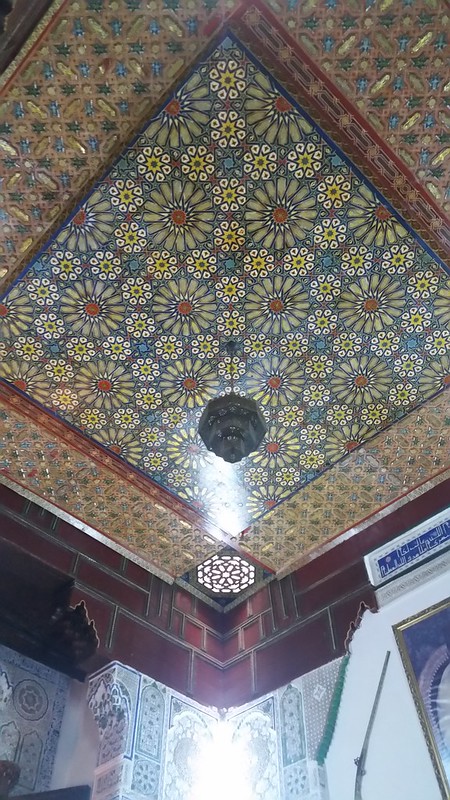 The ceiling, I was more interested in heeding the call of the stomach than taking photos. 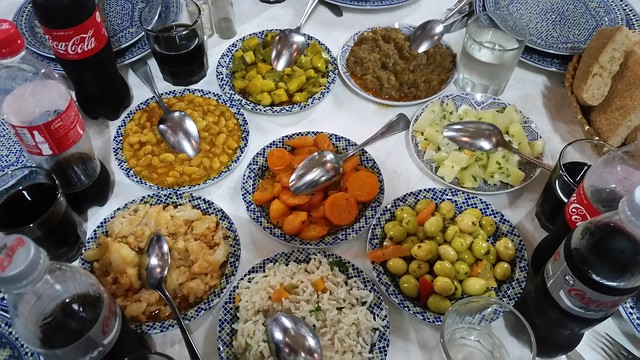 We were served a variety of appetizers. Bottomless too, they will refill any of the dishes upon request. 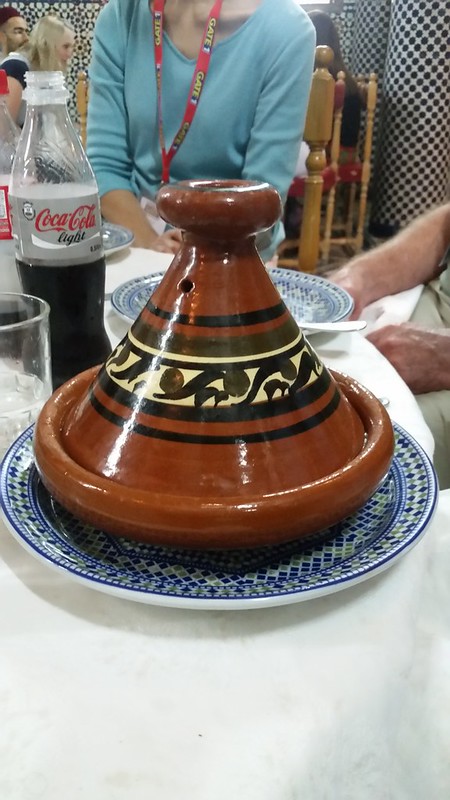 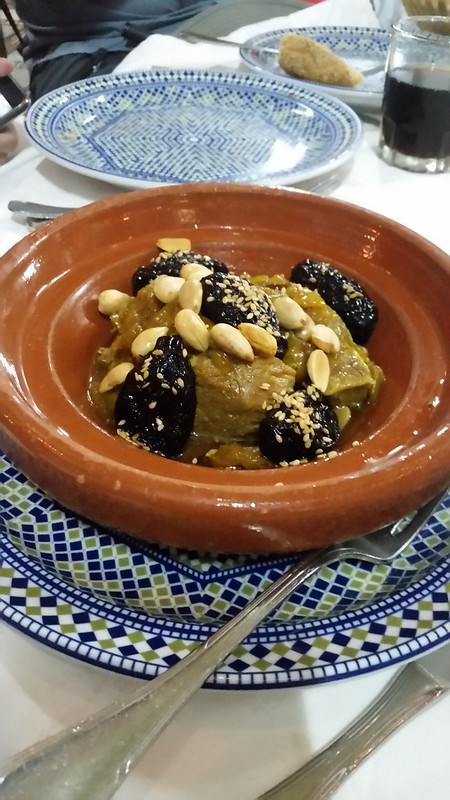 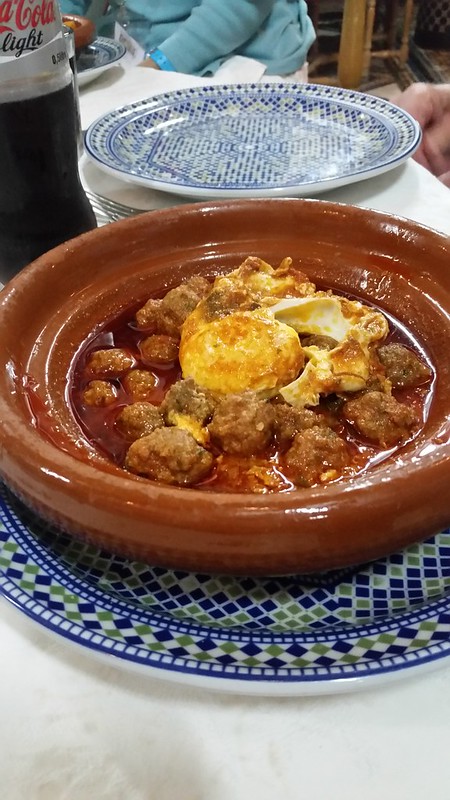 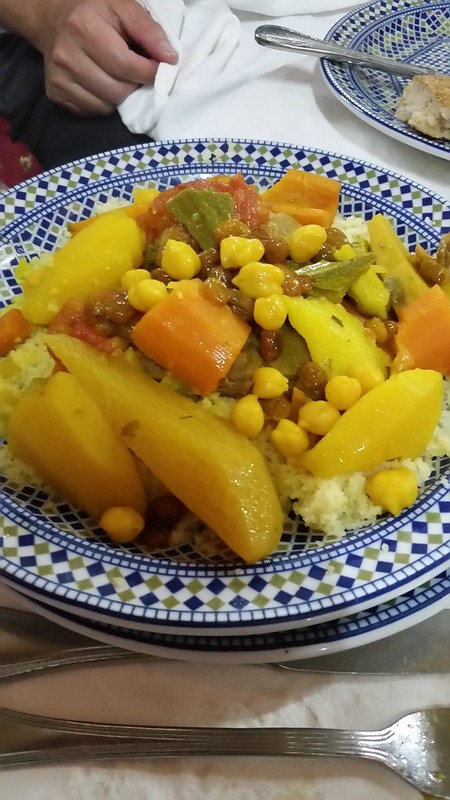 This is my chicken couscous. I finally got couscous!