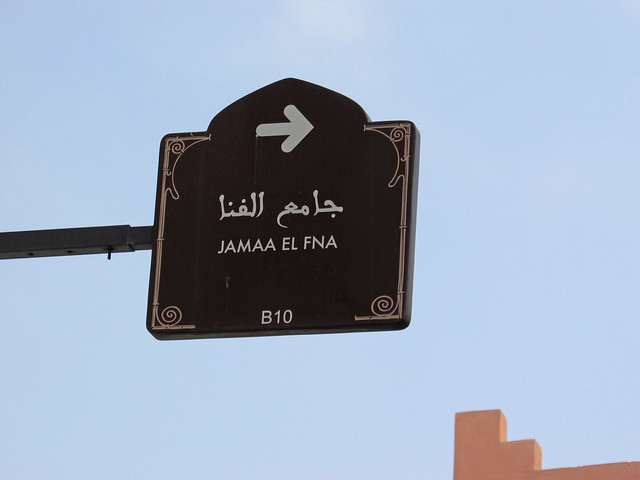 The jam-packed morning tour of Marrakech ended by noon in the most famous square Jamaa El Fna. Nearby sat the tour bus that would take anyone back to the hotel should they chose to do so. Several tour mates did take that option to rest up in the hotel. Eight of us stayed behind.

The Jamaa el Fna is humongous. It's chaotic and colorful. It hums in excitement. It's sensory overload at its finest. Somehow you don't get the full extent of the square when you see it on tv. It's a shopping paradise where you can get everything you think you want and things you didn't know you need. There are restaurants and spas/hammam. I have not seen even 1/4 of the place I think.

In the middle of the day, the expected sights are there: snake charmers, performers and the the monkeys. We did not get near any of these attractions. To a man, we were quite disheartened that the monkey look uncomfortable with the muzzle. We did not want to be a part of it. What about shopping? Should all of us go shopping now? In the middle of the day when it's hot?

Instead, the call of hunger was stronger than anything else at that moment. We sought out one of the rooftop restaurants in the square, but for some reason it did not get approval from everyone. So on to another rooftop restaurant. This time 6 of us approved of it, the other 2 decided that they would rather go explore and shop. 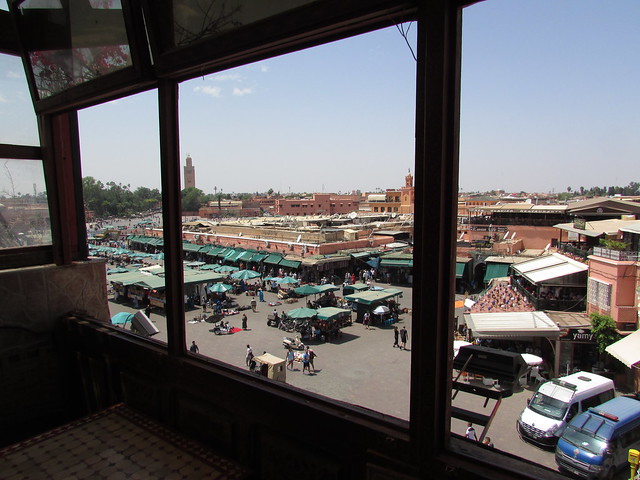 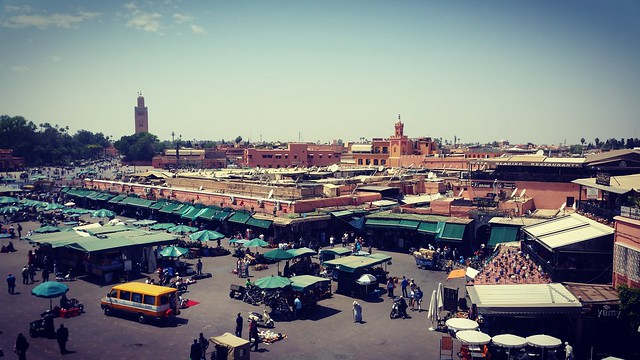 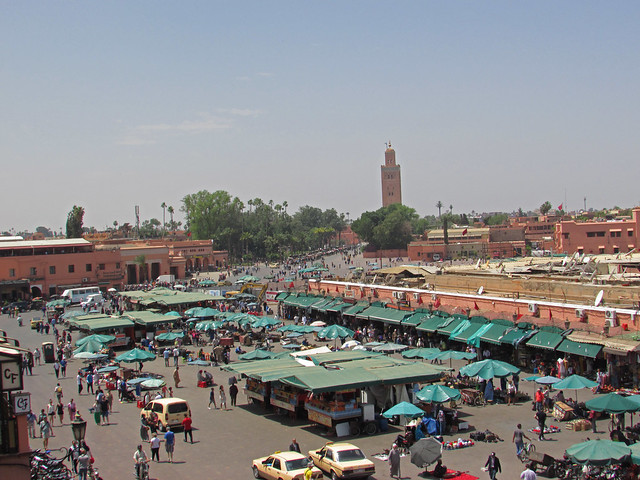 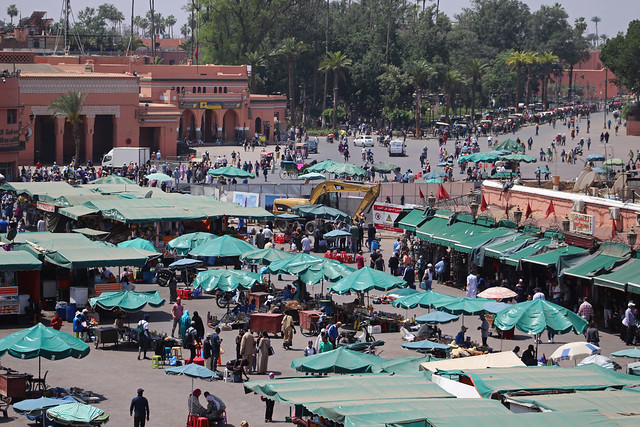 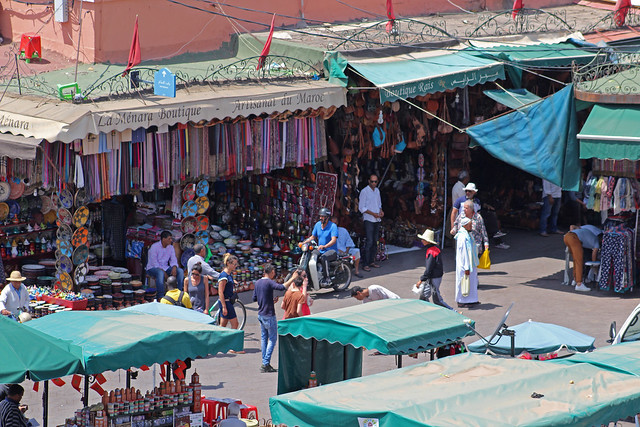 Lunch was leisurely enjoyed, lingering over wonderful conversations about places we've seen so far and immediate plans for the rest of our stay in this beautiful city. Every so often we would look out at the square below us and be animated by something a visitor or a vendor was doing.

We lingered as long as we could at lunch, but even that had to end. Since I don't have any plans to return to the hotel and rest and I was keen on moseying down the souk for shopping, I managed to twist the arms of the other two ladies for some shopping time. One of the couples have a couscous cooking class nearby in an hour or so, but were able to go shopping with us. In the end, we got a cute leather cross-over bags for $20. 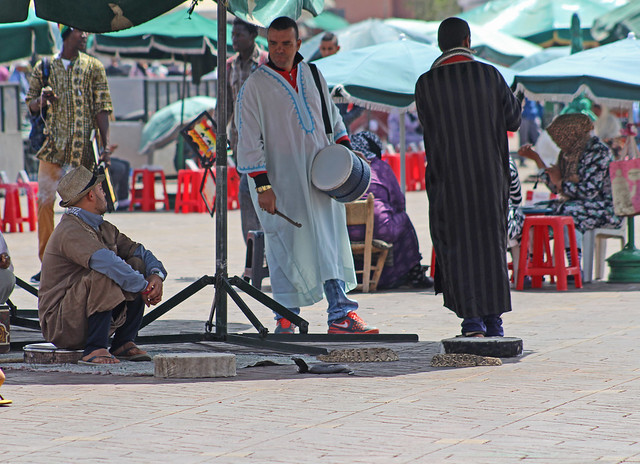 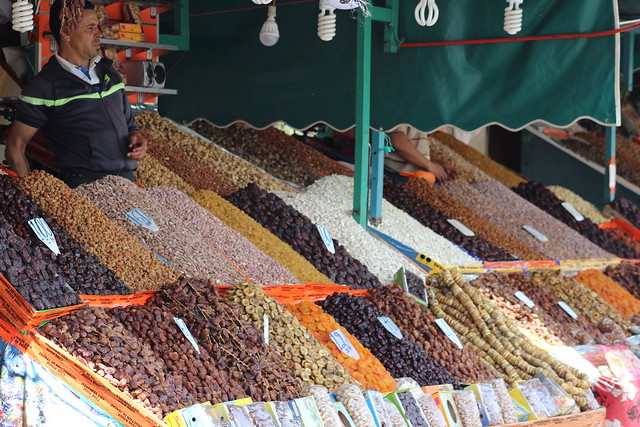 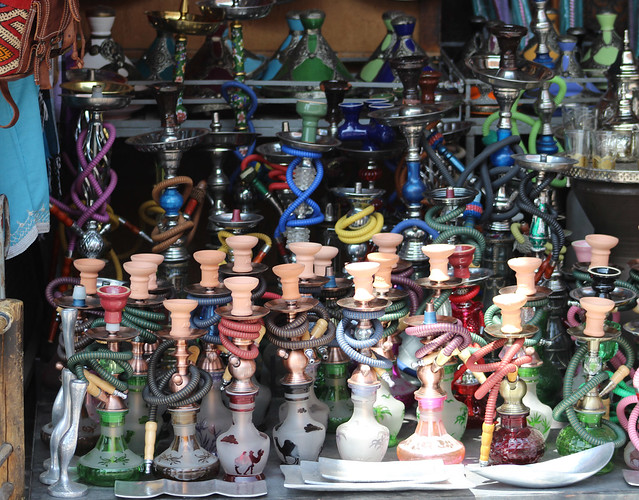 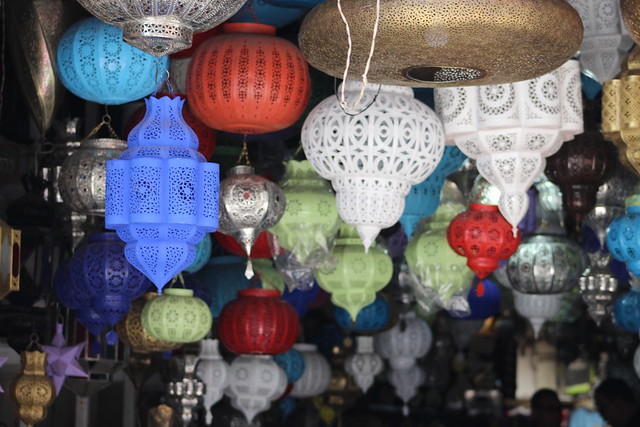 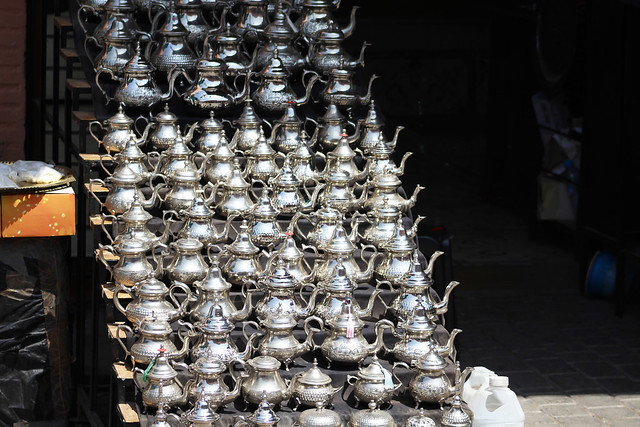 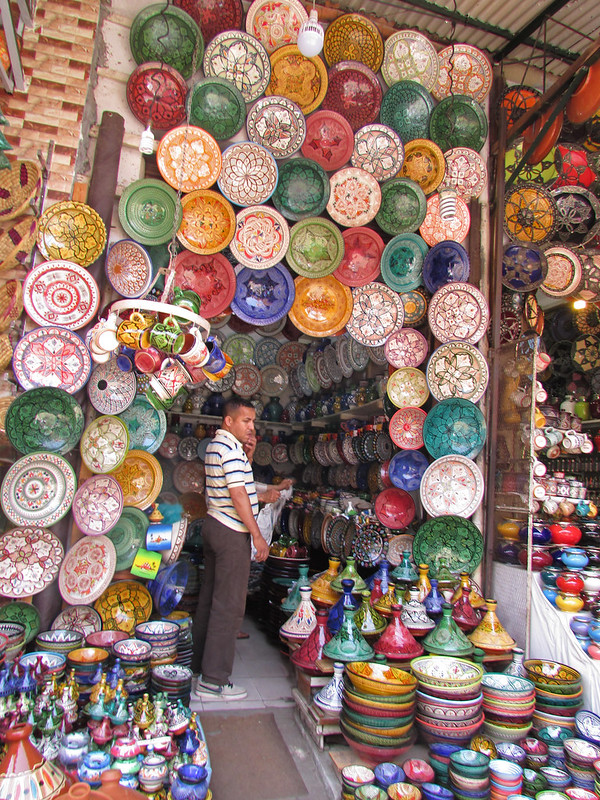 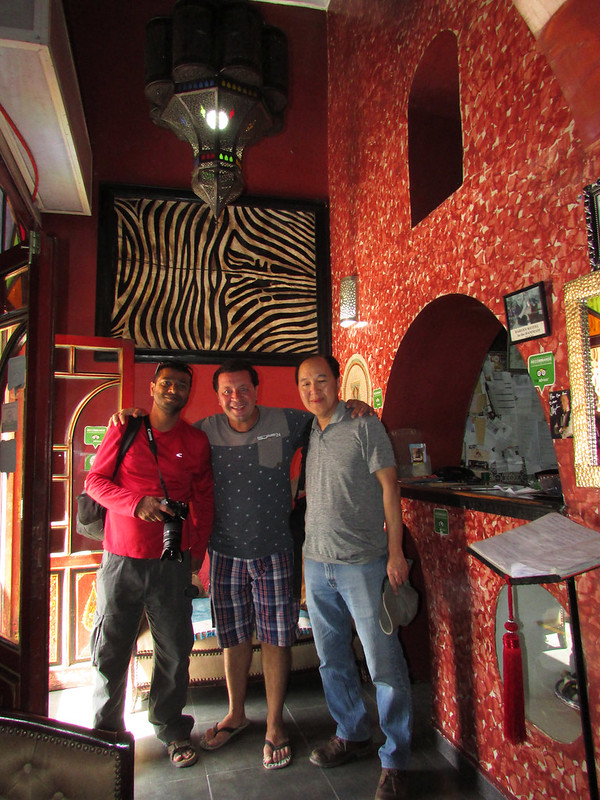 When another couple split, we were left with the couple from Toronto. We had the same mission. To find the hammam (Moroccan steam bath) that everyone keeps talking about. Hammam Ziani was not too difficult to find. We were welcomed by the owner who we found out that has returned to Marrakech a couple or so years no after a living in the SF Bay Area for a long time. That is him in the middle. While we did not get the steam bath at that moment (the other couple did), we returned in the evening with another couple. Getting a Turkish bath/hammam is a must do when in Morocco. It is one of the most relaxing things to do anywhere, but especially in Morocco. I suggest it to anyone.

We left our new friends in the hammam and we went on to ramble through the colorful shops in the souks.