In Casablanca, the first stop we made was at Notre Dame Cathedral. In 2014, we visited the Sacre Coeur Cathedral, which I mistook for Notre Dame. So I was a bit confused why the church looks different. Then, I was reminded that I got my churches confused.

The church was simple, given that this is predominantly a Muslim country. The façade is simple and the altar is equally simple. Both sides however are lined with large panels of stained glass windows. 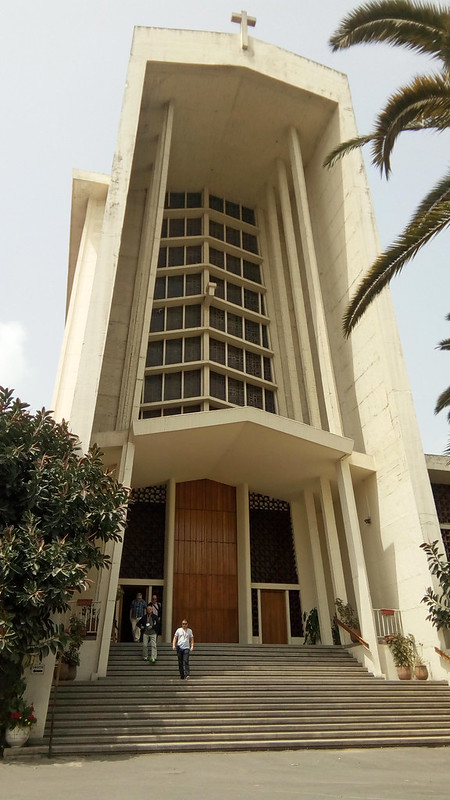 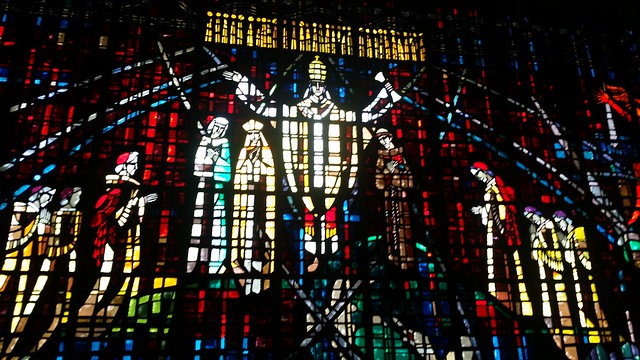 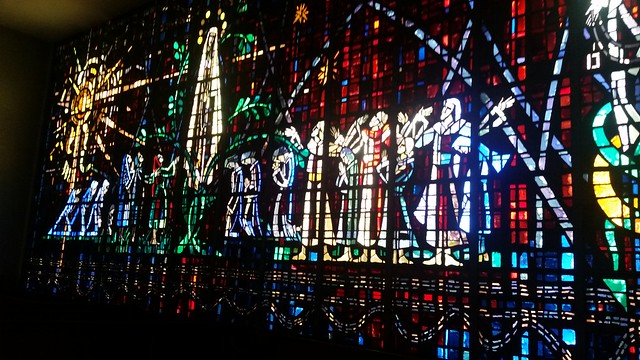 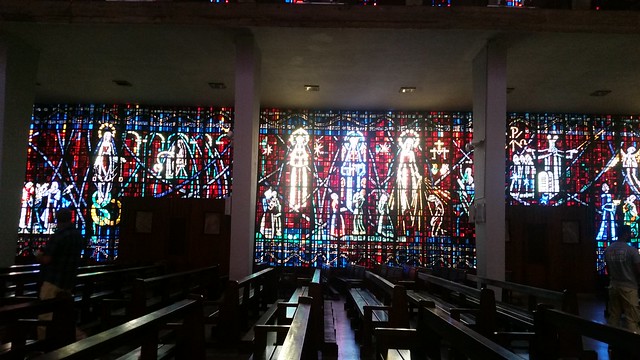 We spent a short time in the cathedral, and then the bus dropped us off in the curb by what appears to be the downtown area. We walked away from the main road and ended up in a small street named after the Moroccan scholar and traveler Ibn Battuta 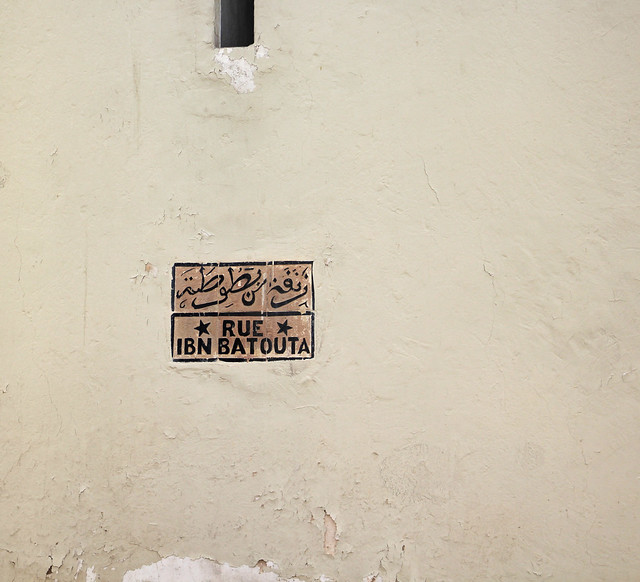 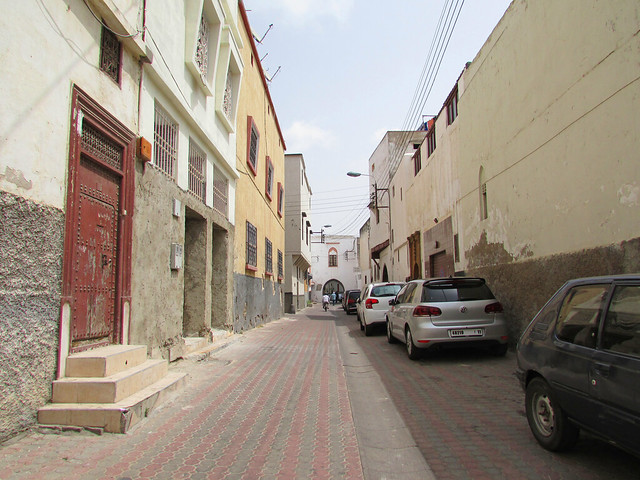 From here, we continued to walk until we reached the palace gates. We had to go through the check point with the tour guide making sure we were wearing our tour group lanyard. The husband was caught shooting and entered through the check gate on his own and was held up. He was allowed to go through once the tour guide arrived and vouched for his connection with the tour group. Lesson learned. 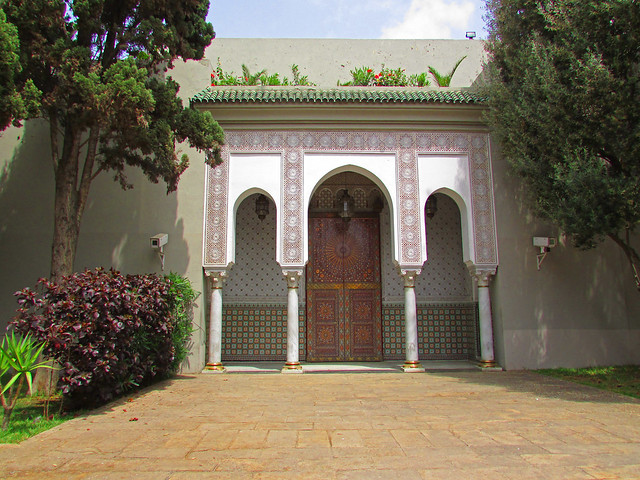 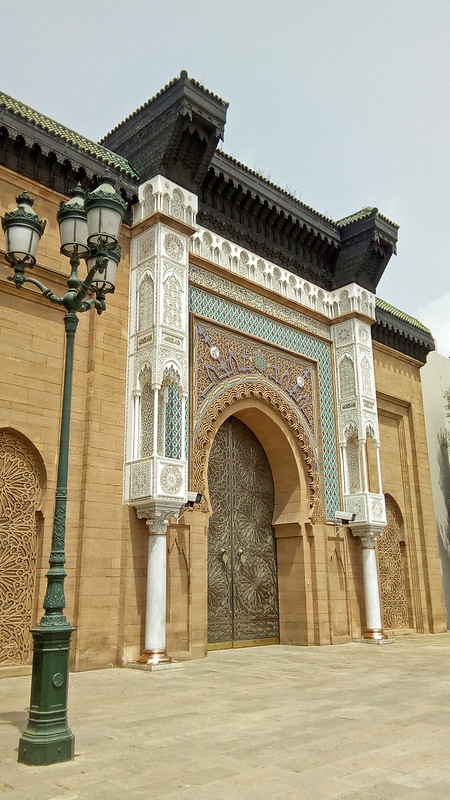 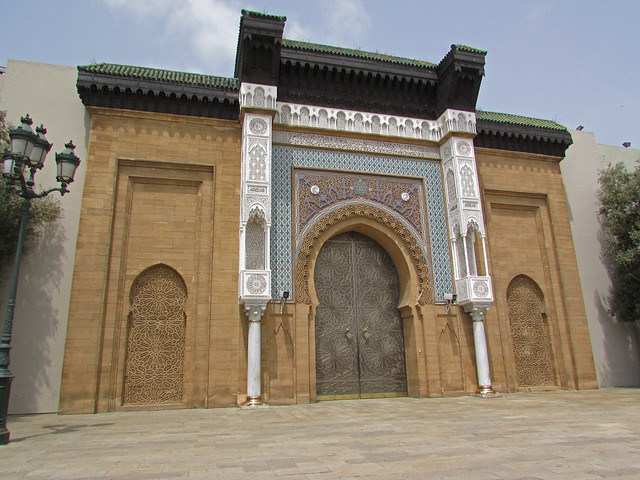 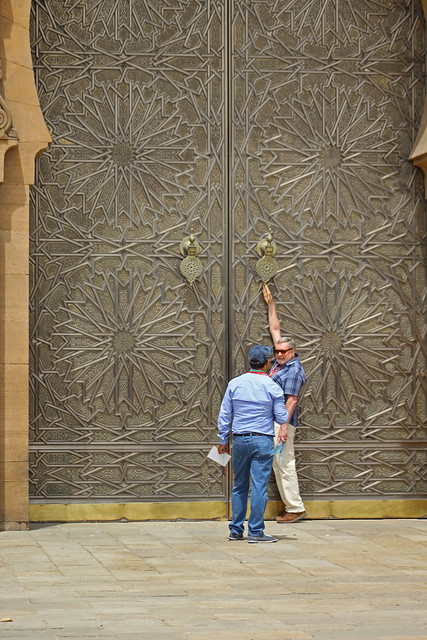 For perspective a full grown man has to tippy toe to reach the door knockers.

From here, we took the bus for a quick look-see of the city before going to the hotel.