This road trip was meant to be a sequel of the road trip we did in 2006; thus like years ago, our first stop was Crater Lake NP. I remember the WOW factor that this park had given me in the previous visit. For the longest time, it was the best bang for the buck experience I had - the entrance fee to the park I mean.

This time around, it's a different season, and 12 years later, it still brings in the crowd. Our intention was to drive around the lake and stop at view points along the way. However, there was a lot of construction going on inside the park. The roads were being repaired; thus, we were stuck in traffic, sitting idle waiting for all the cars going the other way to go before we could use the road.

Over the next few minutes, we decided that we would visit a couple of view points and turn back and go to the visitor center and use the facilities before moving on the our stop for the night Ashland, which also happened to be the city where we stopped for the night on the first visit. 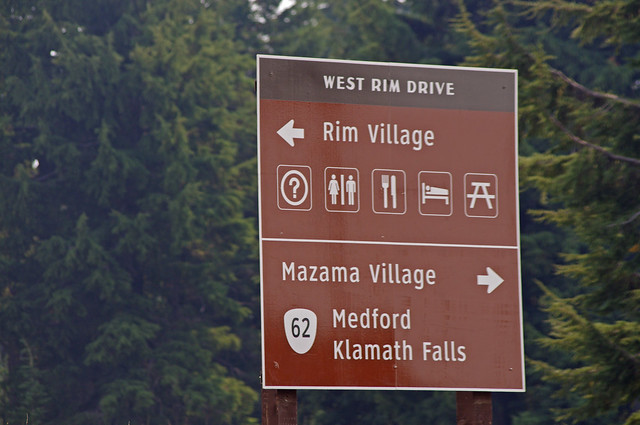 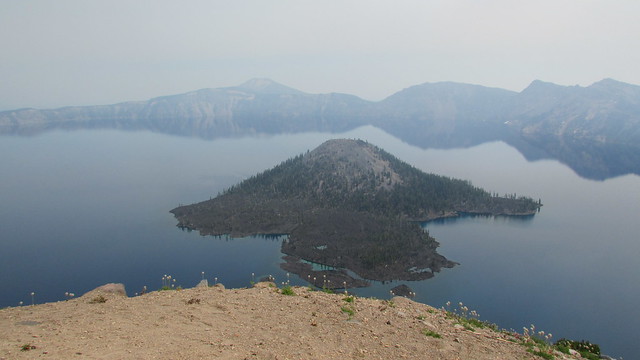 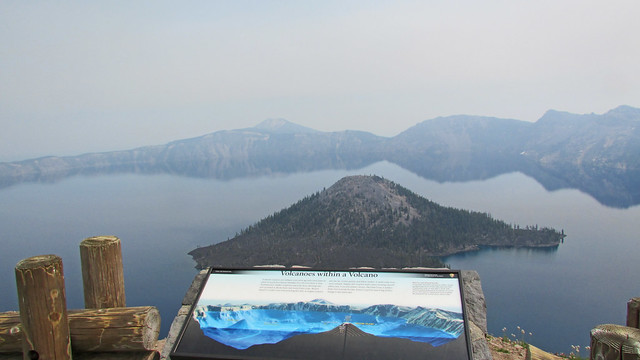 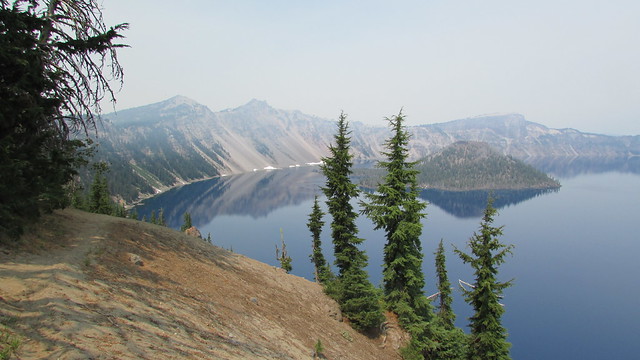 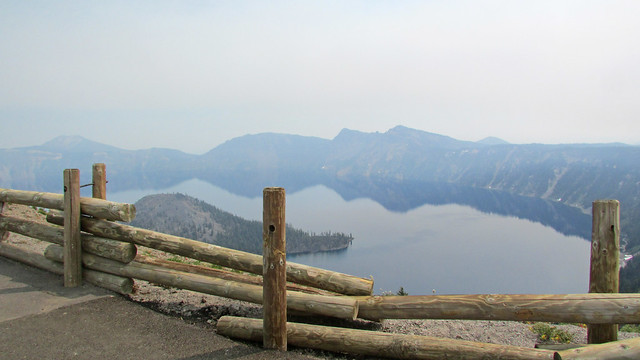 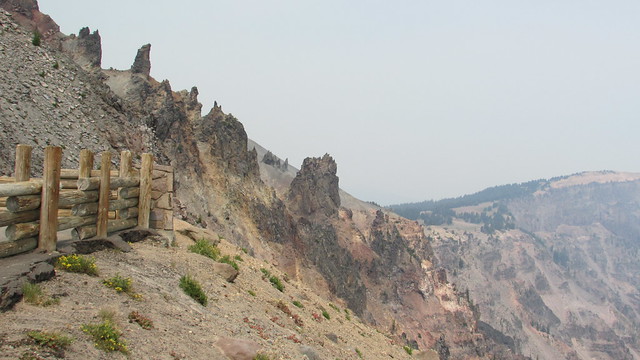 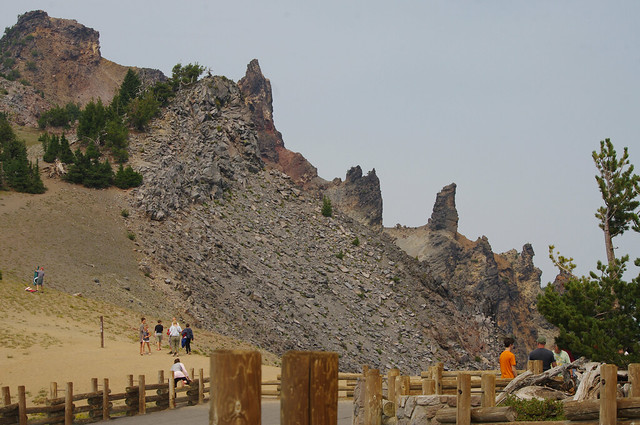 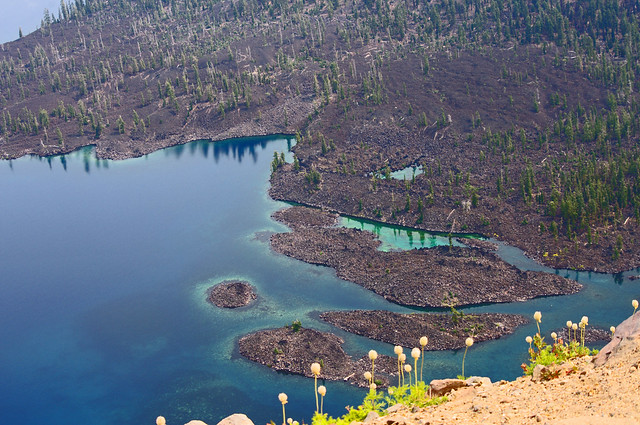 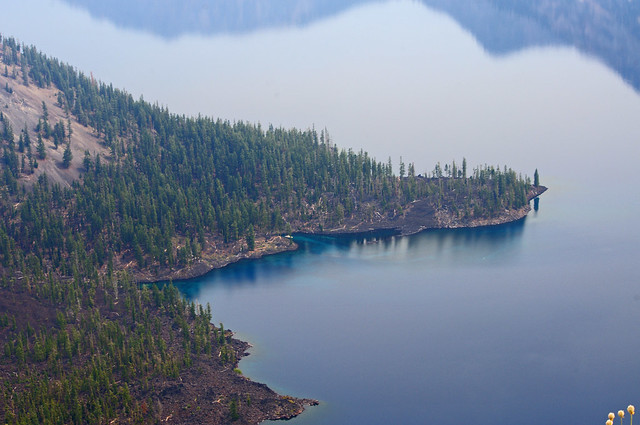 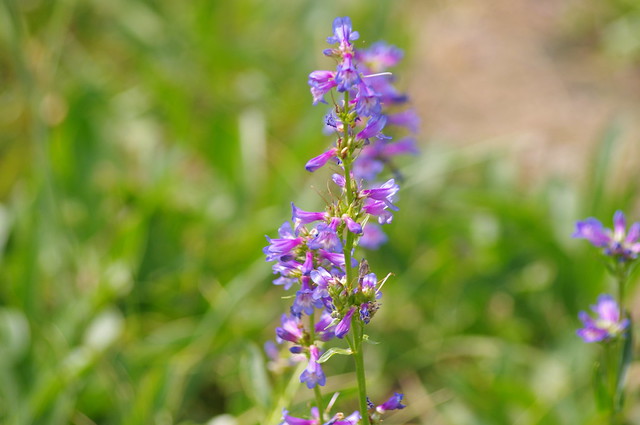 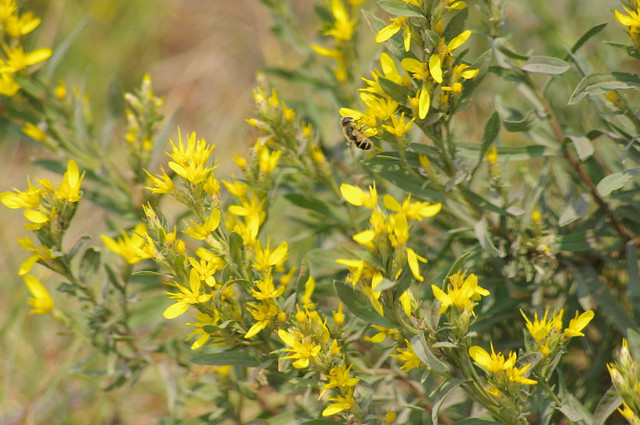 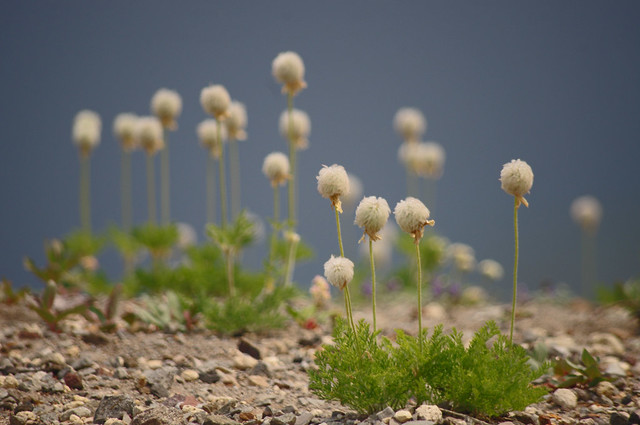 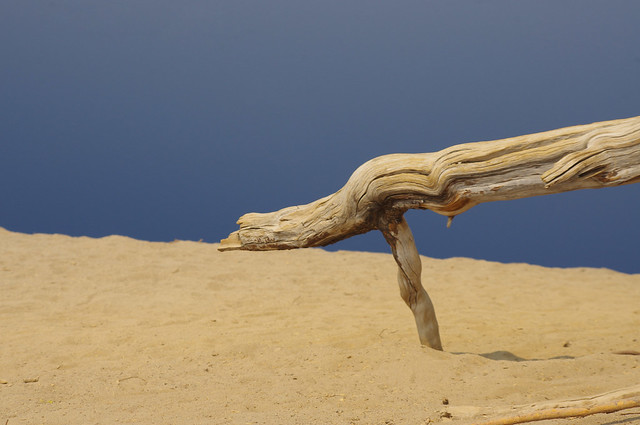 There was a sandy stretch in one of the viewpoints.

In Ashland, we booked the exact same hotel and after checking in, we left for the downtown area. Again, this was a trip down memory lane for us and we continue to have a soft spot for Ashland, known for its Shakespeare Festival. We were there on a day when they had no performances.

Around Ashland, we hit the city park, Lithia Park and went for a walk. We dipped our tired toes in the wading pool and was very surprised to find that the park abuts the downtown area, so we left there and walked all over the downtown area. 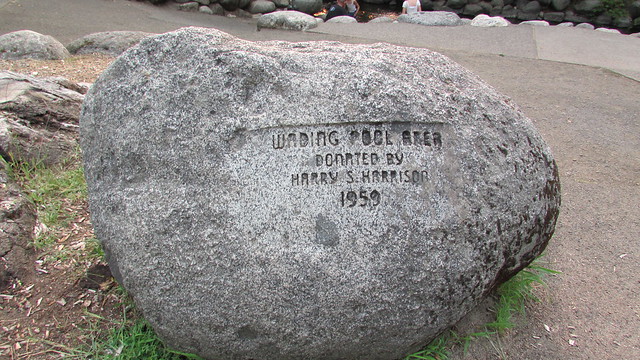 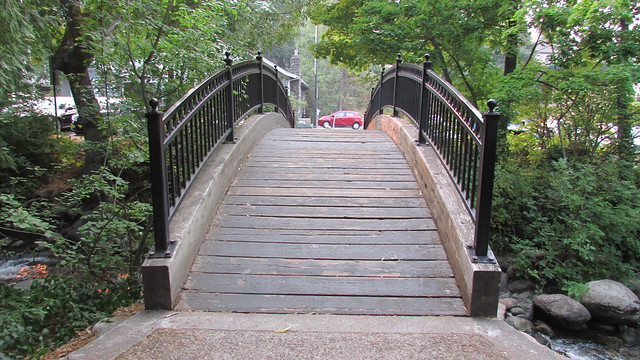 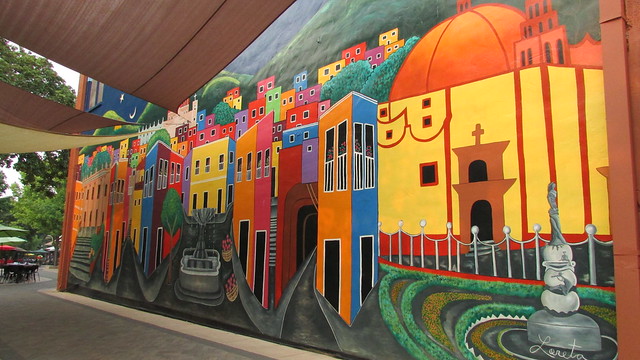 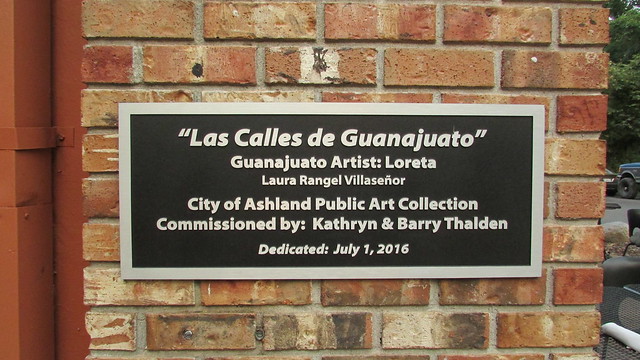 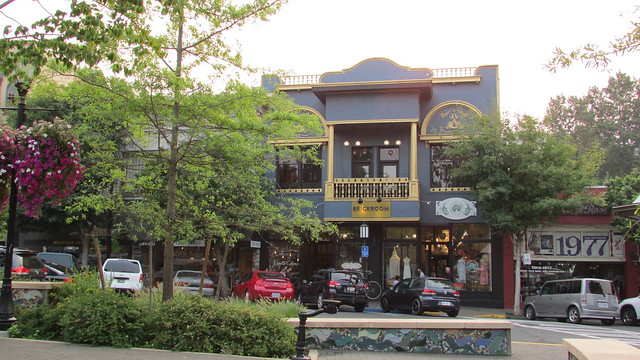 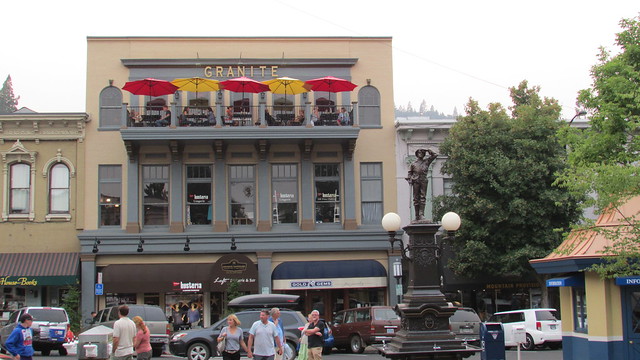 We were so tuckered out that we had no desire to eat in a restaurant; instead we visited the cooperative and got us some take out. It was a lovely day.