We drove nonstop from Multnomah Falls to the college town of Eugene, Oregon. It was late in the afternoon when we finally reached our hotel. The street the hotel was in was full of restaurants, we were getting very confused with where to eat for dinner.

But first things first. The reason why we chose to spend a night in Eugene is because of the abundance of microbreweries, and husband is a brew fan. I am not, but I don't mind a cold one once in a while and after a long drive there's nothing better than downing an ice cold one to quench the summer thirst.

I cannot remember how we selected Ninkasi Brewery, but we drove a bit to reach it. I believe the husband did some cursory check on the interwebs and found this the most appealing to him. However, they only serve beer and food was courtesy of a food truck that was parked next to the brewery. We went for the beer flight and was pleased with the selection. 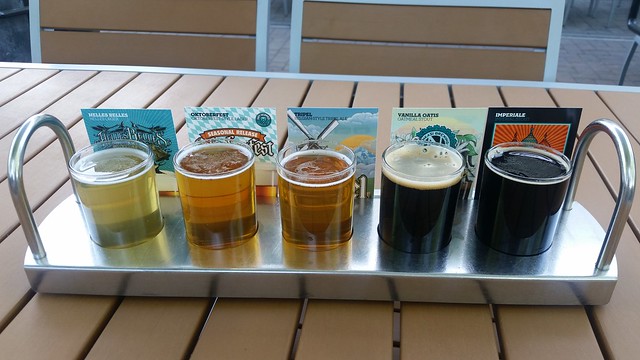 Subsequently, we found we had plenty of time to spare and enough light to explore in the city. With bellies full for the time being, we wanted to do something outdoors, the weather being so pleasantly mild for a late summer day. That's when we found Owen Rose Garden on the internet. This felt like the perfect place to rest after the long drive and before dinner.

The rose garden is said to contain 400 varieties of roses. There were plenty of roses, perfect for rose lovers just like me. There is also a large tree with large branches being propped up by a beam or a pole. The tree is believed to be the country's oldest and largest Black Tartarian cherry tree, planted in 1847. 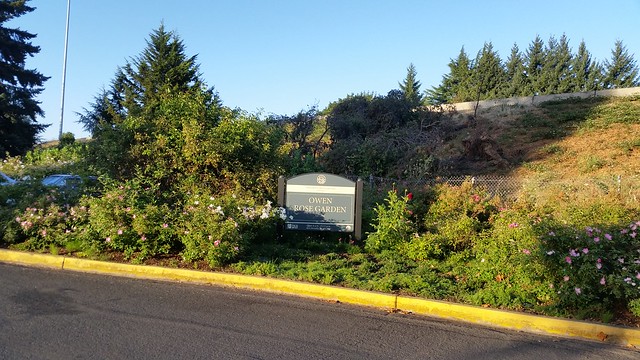 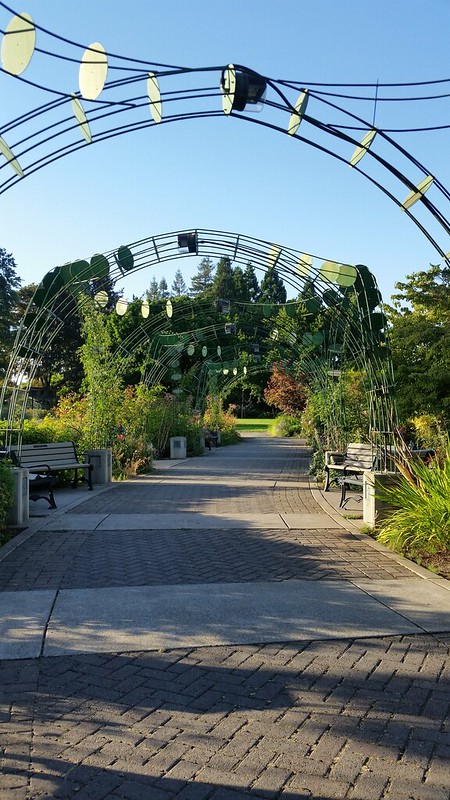 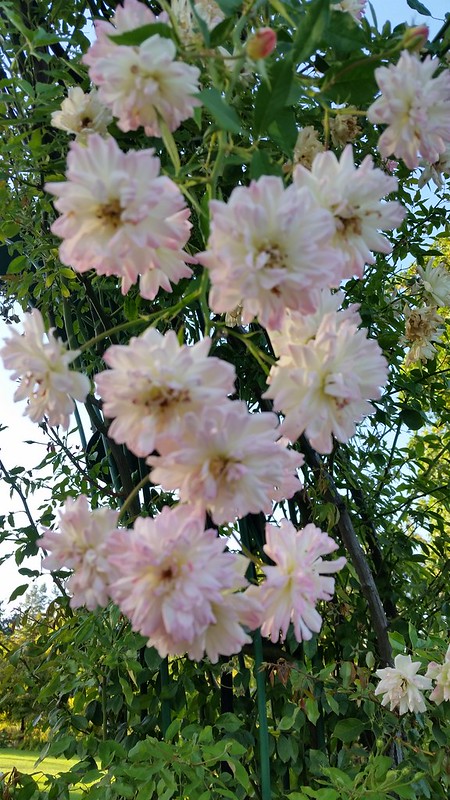 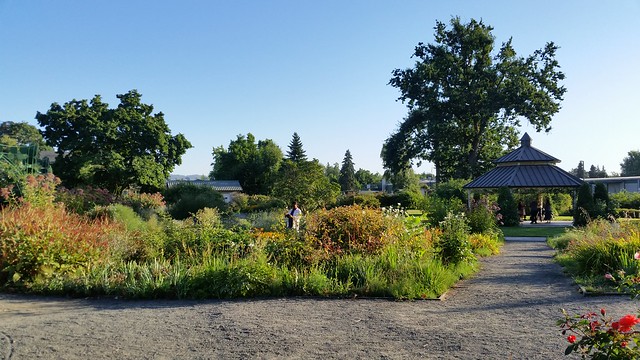 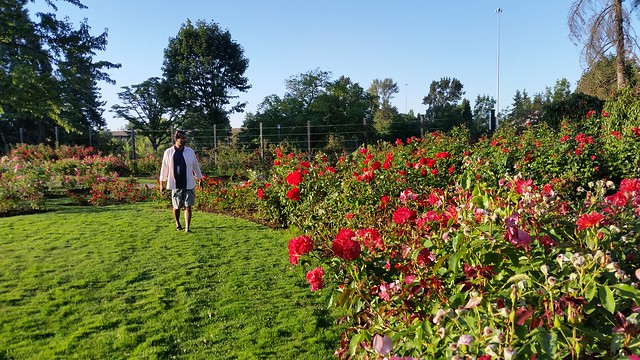 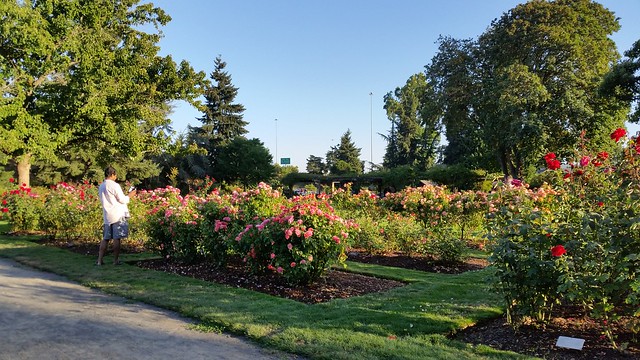 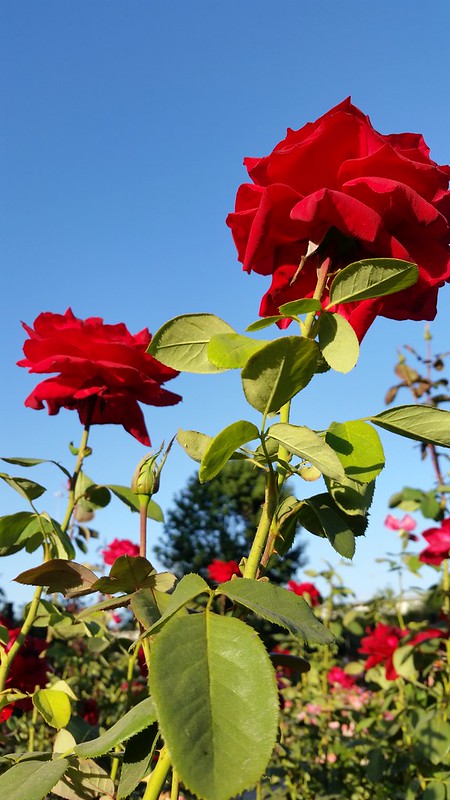 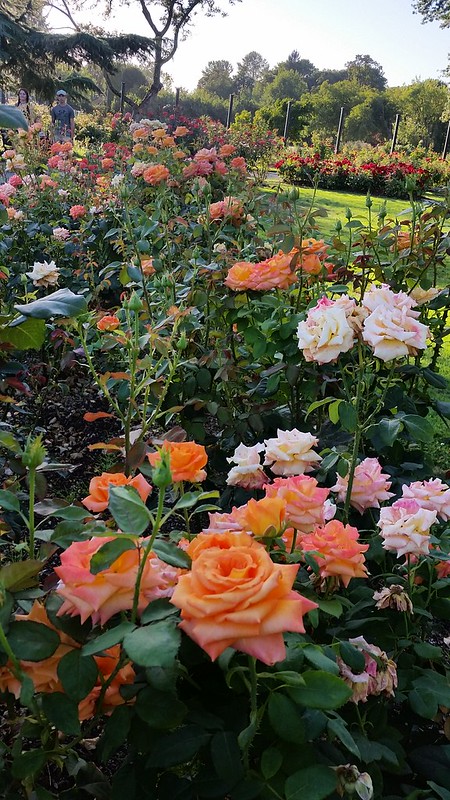 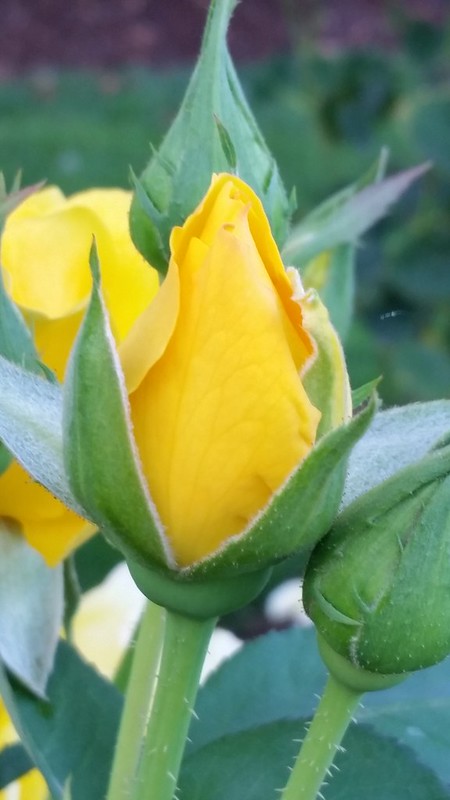 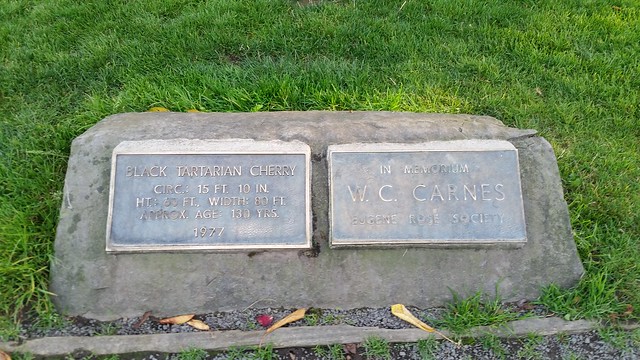 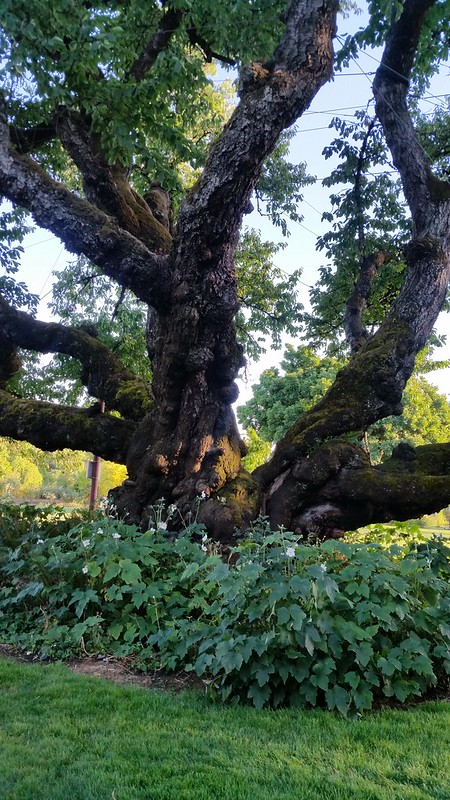 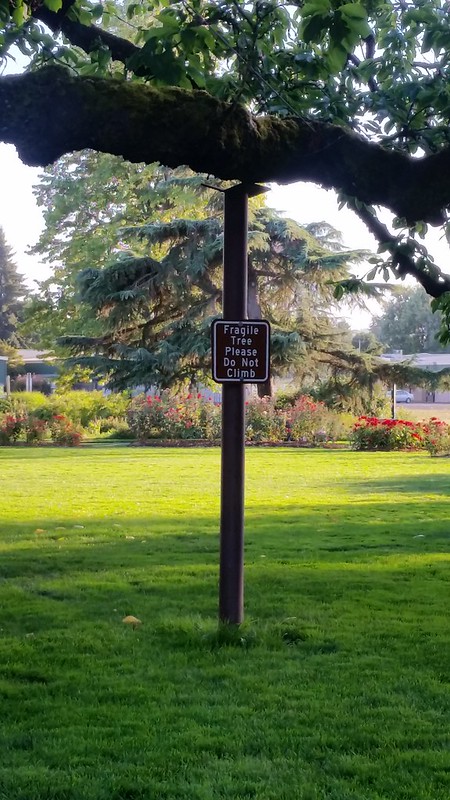 For dinner, we sought out some Vietnamese noodle and drove about 20 minutes to a strip mall in the outskirts of the city.

Time to head back home. We had every intention of driving straight to California but the resolve got dismissed once we saw the sign for Harry and David store in Medford. We had so much fun shopping in the same store years ago so we couldn't resist going there one more time - reasoning we needed to gas up anyway.

Harry and David is a fun place to shop. Aside from the all-time favorites, they now make their own wine and naturally we had a good time sampling them.

We continued to drive until we felt hunger pangs and stopped for lunch in Mount Shasta. 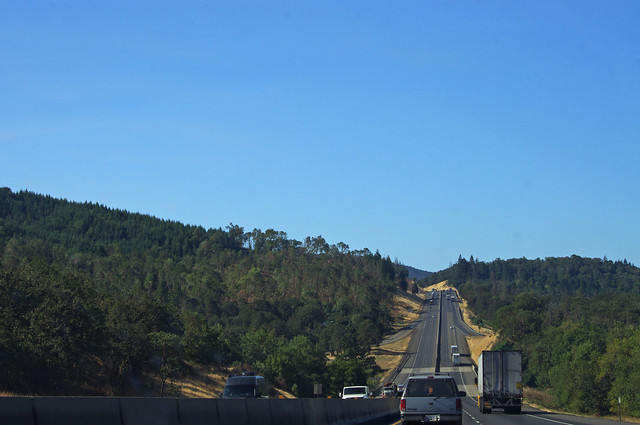 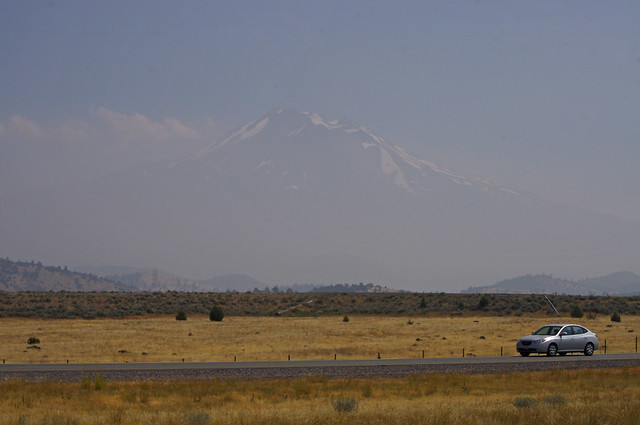 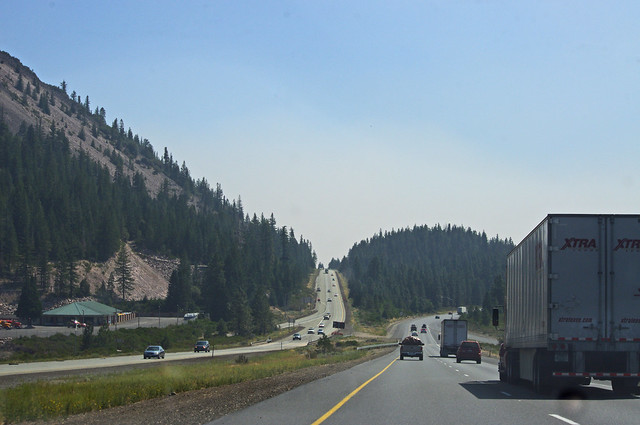 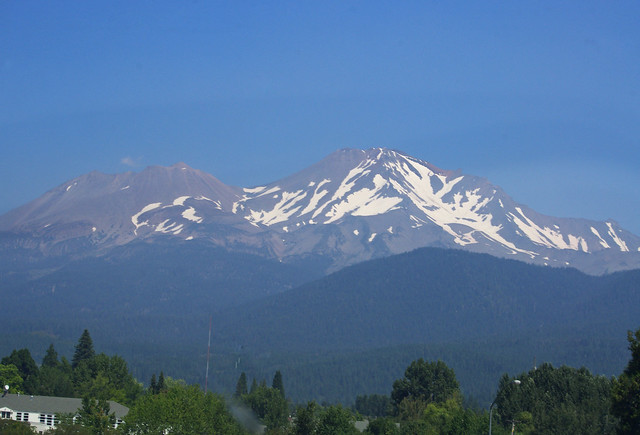 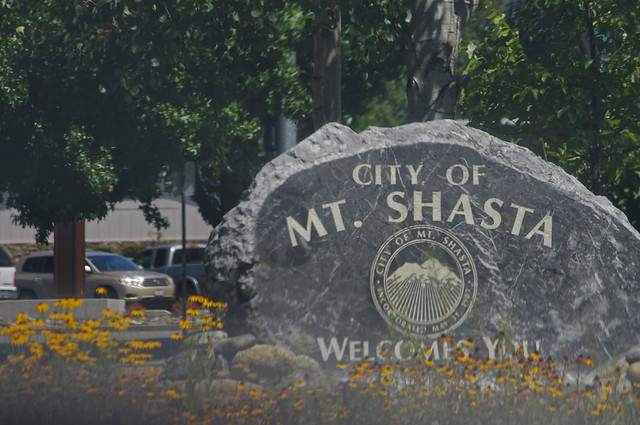 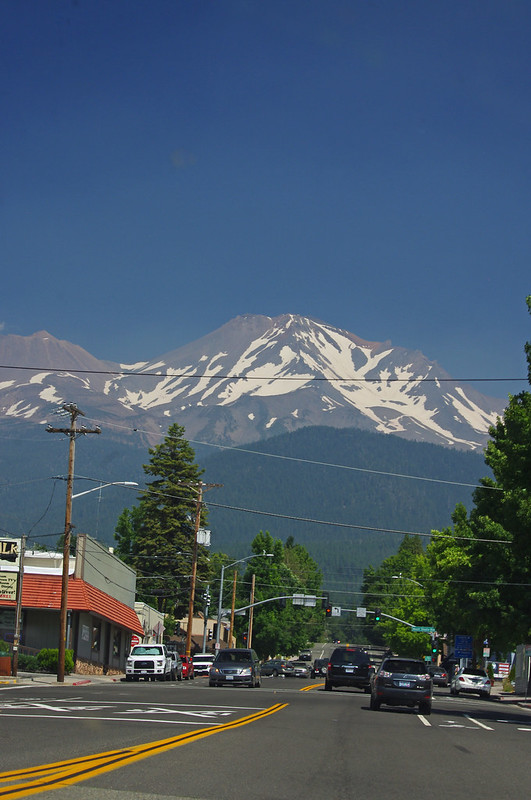 I love road trips. I've always loved them. This particular one though is less satisfying. I felt like we stayed on the road - traffic - too much and did not get any chance to stop at the spur of the moment. Perhaps we tried to cover way too much in the 5 days and saw very little. Still, I was so pleased that I got to see Seattle for the first time and was given the chance to revisit other sites.