On the 5th day, we left Hilo in the Big Island for the next adventure. Left our Airbnb early to catch a 9 a.m. flight. The short flight was over without a fuss and we arrived in beautiful sunny Maui. So excited to see the sun because we only had fog and cloud during the Big Island stop.

Once we collected the rental car, we drove to the rental condo just to drop our bags. We came in too early for check-in. Someone had told us that there are local tour operators just outside of Walmart and that's the best spot to go if we want to sign up for any tours.

Thankfully with all the technology available to us now, it wasn't hard to find Walmart. However, it appeared as if this is not a secret place because there was a line to sign up. While the boys were waiting in line, us gals went inside to shop, or at the least browse. I did a little bit of shopping to be honest.

When it was our turn with very limited time here in Maui, we could only sign up for one activity and that is the snorkeling trip for the next day. But we have today and we have to fill today with activity too.

One of the things we want to do here is see the turtles on the beach, but they don't appear until late afternoon, best during twilight.

Someone suggested we go to Paia when we asked where we could get some local vibe, good food and some beach time. So we drove there and enjoyed the passing landscape. Wow, so beautiful all the greens and the mountains, total love at first sight. 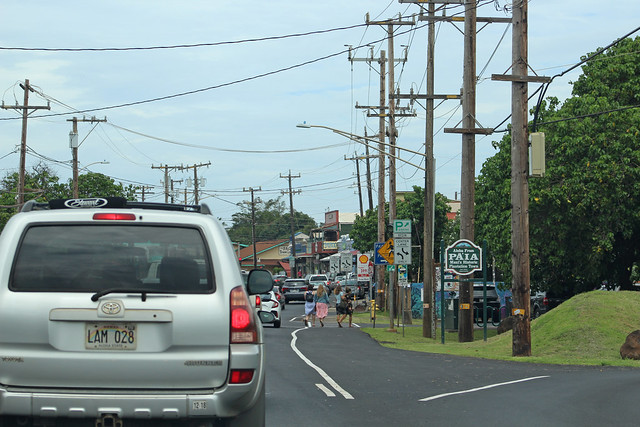 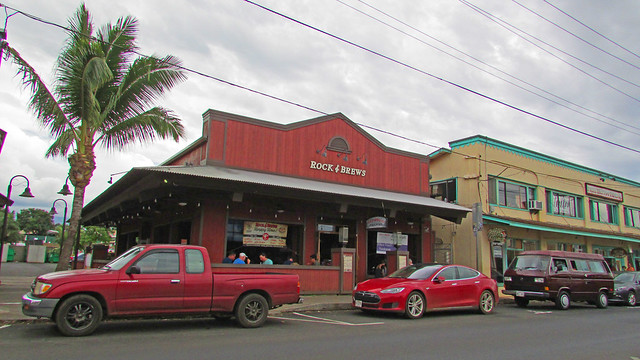 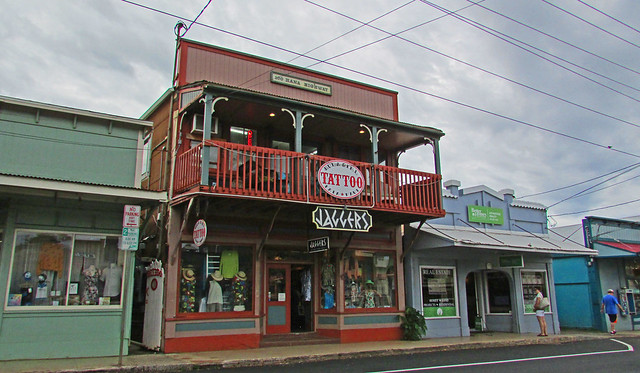 We got lunch from the food trucks parked by a grocery store parking lot. We took our lunch to go and found a beach that had picnic tables. Then we took our sweet time to eat lunch, inhale the salty air, and enjoy the warmth embrace of the Hawaii sun. Afterwards, to help us digest the food, we went to the beach and walk. Unfortunately we couldn't get in the water because we were not dressed for it. 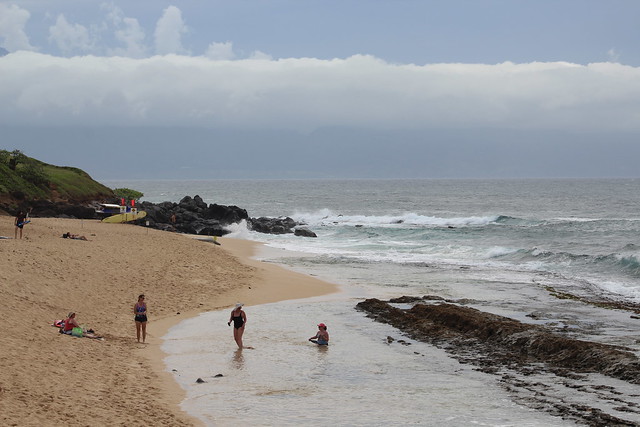 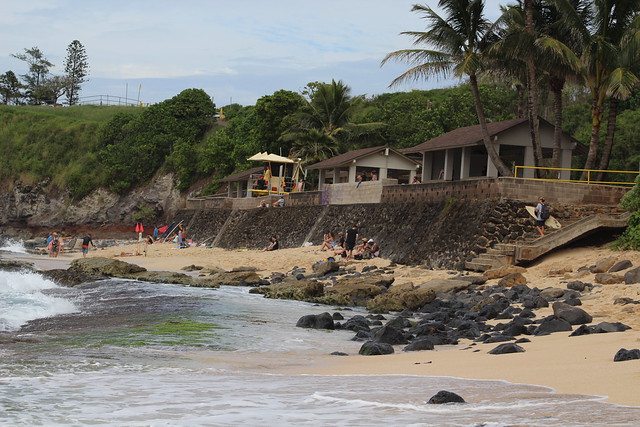 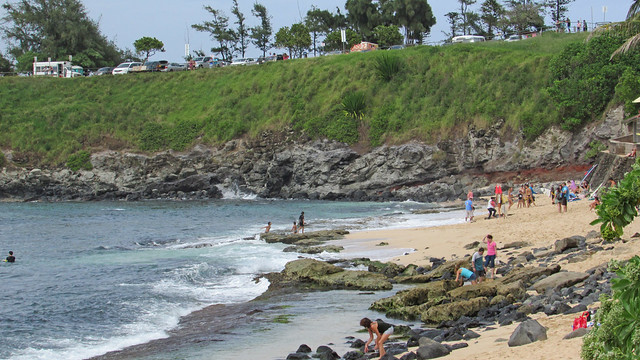 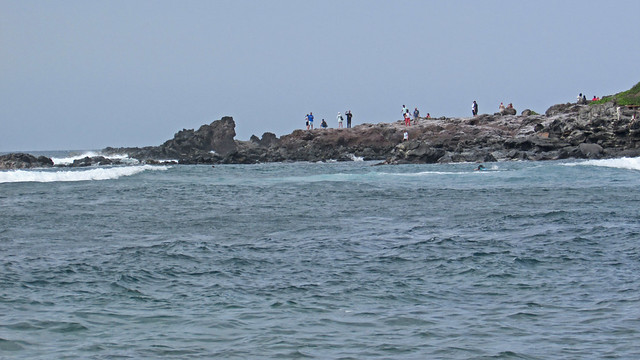 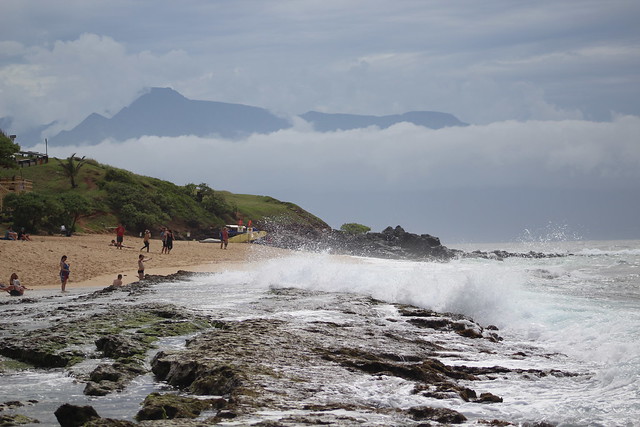 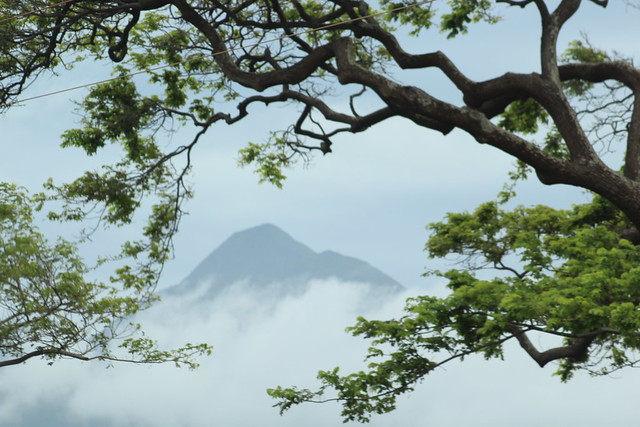 Beach time done, now on to another beach, hopefully with turtle sighting. The thing is we were doing this without actually knowing exactly where the beach was or what it's name was. We were totally unprepared. What we did know is that it wasn't far from Paia town. And so we drove. We saw a beach (turned out to be Baldwin Beach Park) with a lot of people. This could be it, so we stopped.

We walked on the beach and could only see sand, no rocks where the turtles would hang out (as per internet photos). Finally after some time we managed to gather up our courage and approached a group of millenials having some refreshments after surfing it looked like. No one had heard of turtles on this beach. However, one guy said it might be farther on the right, just walk on the beach until you reach the rocks. Well he was right, it was at this spot where we found turtles with head bobbing on the water. They were not on rocks, too early in the day perhaps to nest? Anyway, we had spent a lot of time watching these beautiful large creatures. 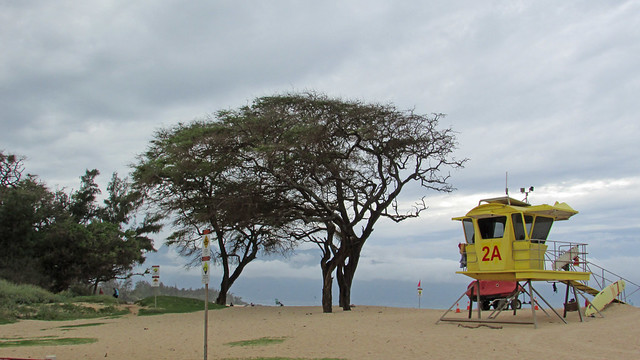 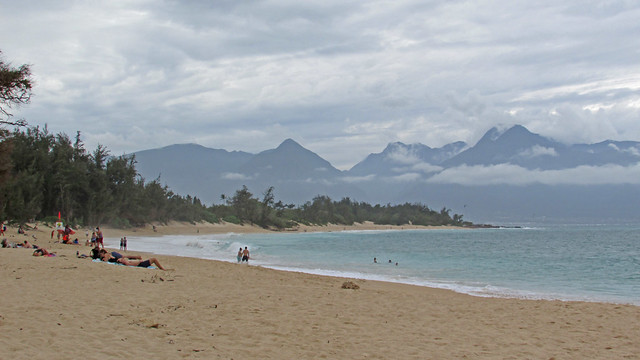 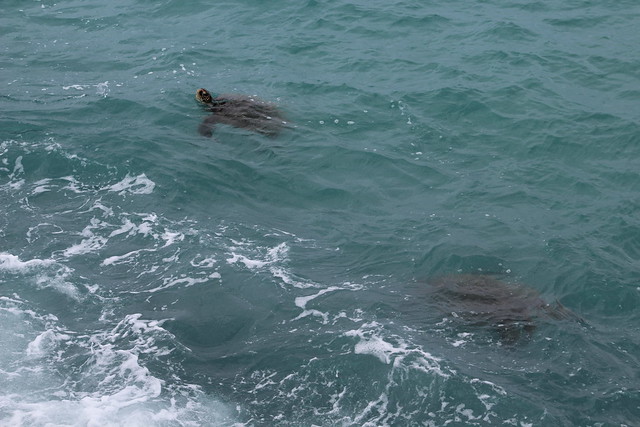 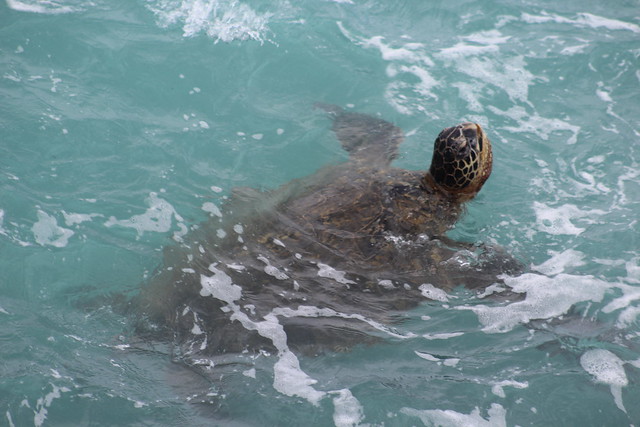 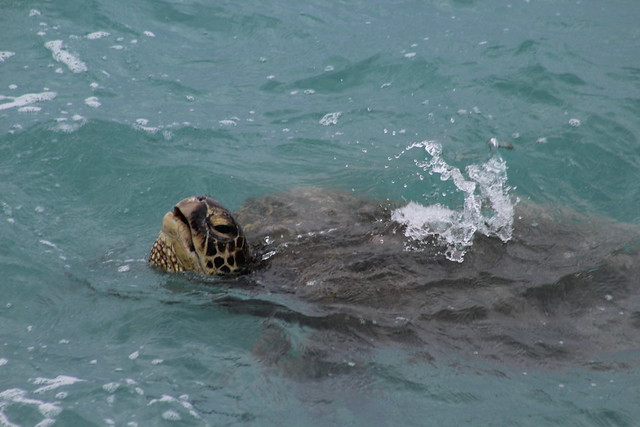 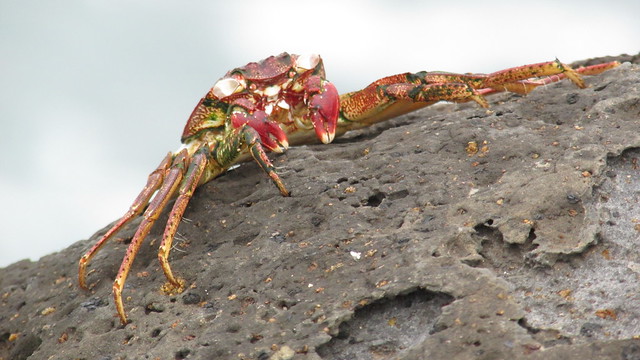 While we were watching the turtles this little one climbed on the rocks and started watching us. 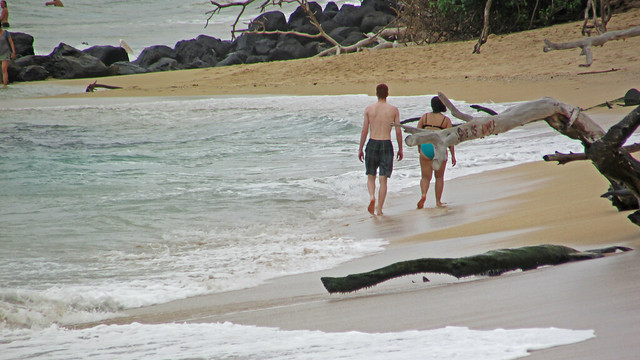 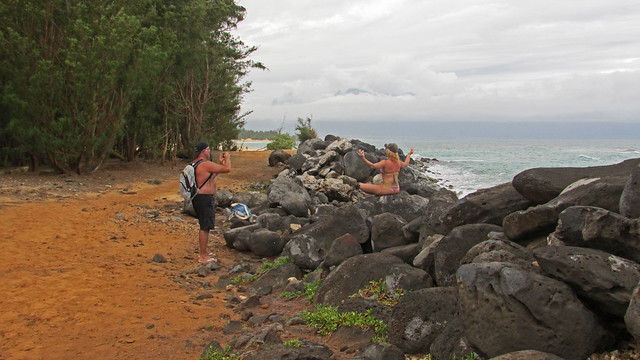 After a while, I noticed the only other couple that was watching the turtles with us four decided it was time for photos.