So another weekend found us going for a drive. These spring weekends are way too beautiful to spend indoors. This particular Saturday, however, we were not just joyriding, we were driving with a destination. A few years ago I came across Daffodil Hill while surfing the internet; it is a privately owned daffodil garden in the foothills of Sierra Nevada that is open to the public. I've talked about it every year since but somehow has not had any time to go visit. This year I made it a point to keep checking the website to see if they are already open to the public. And so, once I saw that they opened the garden to the public I wasted no time mentioning it to the husband.

On that particular Saturday, we set out to Daffodil Hill without first checking if they are going to be open on that weekend. It was open all week long. I saw no reason to double check if the place would be open on the weekend. So off we went. Instead of going the obvious route via Interstate 80, we opted to go the long way - Highway 4 to 12 to 88 to 49. Interstate 80 is surely shorter but we were hoping the alternate route would be faster. I would not know if that was true, but I also did not want to risk wasting my Saturday sitting in traffic on the notoriously jammed Interstate 80.

In addition to the hope of a faster trip, the route offered idyllic scenery from orchards to rolling hills and pastureland, to vineyards and sleepy towns, it was the stuff that good road trips are made of. 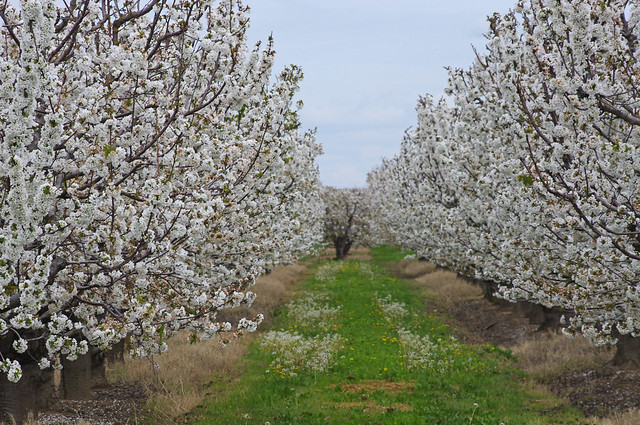 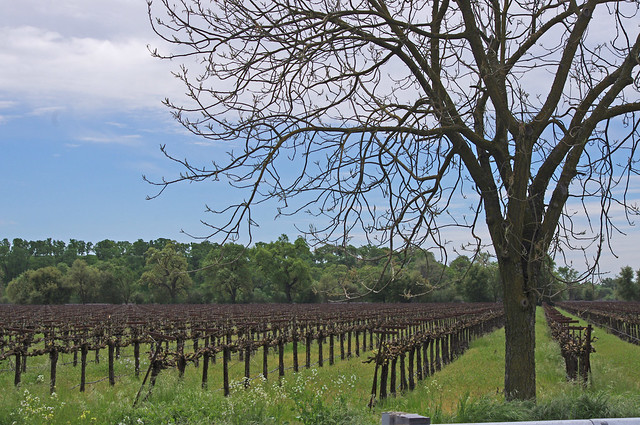 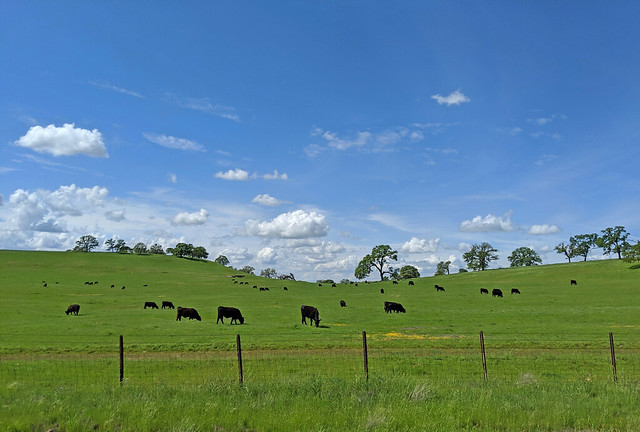 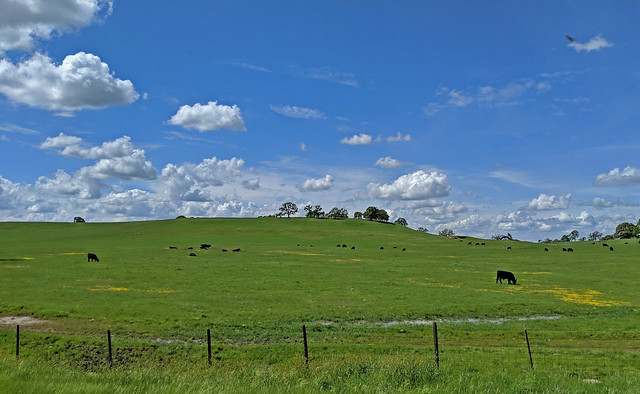 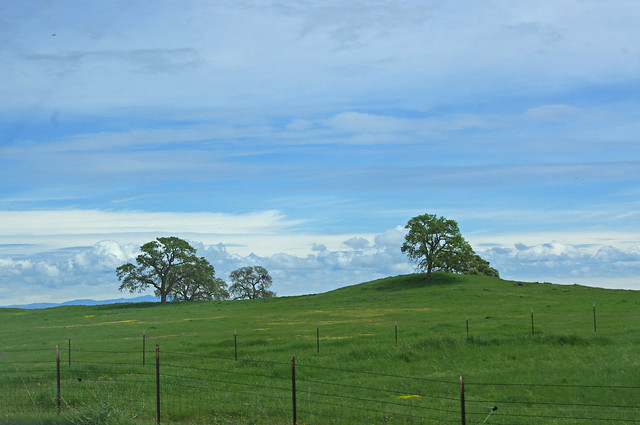 Once we got there, the garden was closed, but that did not stop us or the 10 or 12 cars full of people to peek from the outside. 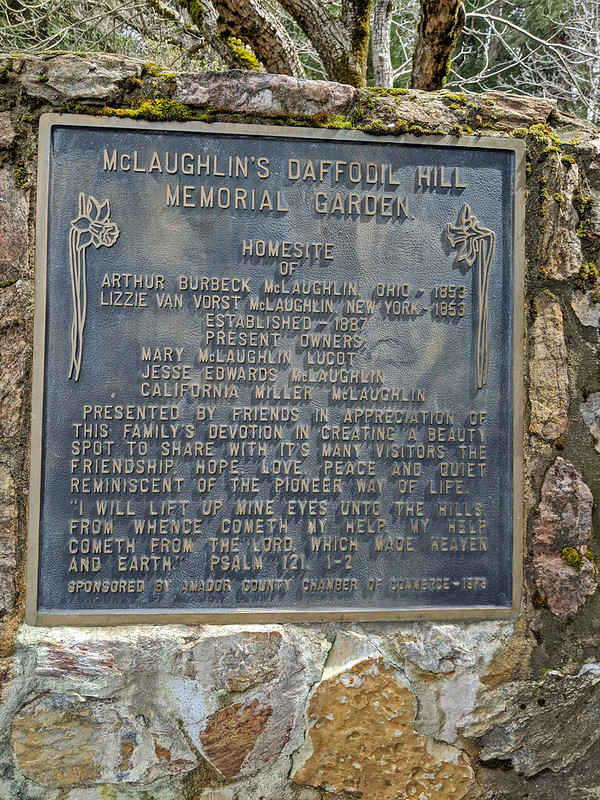 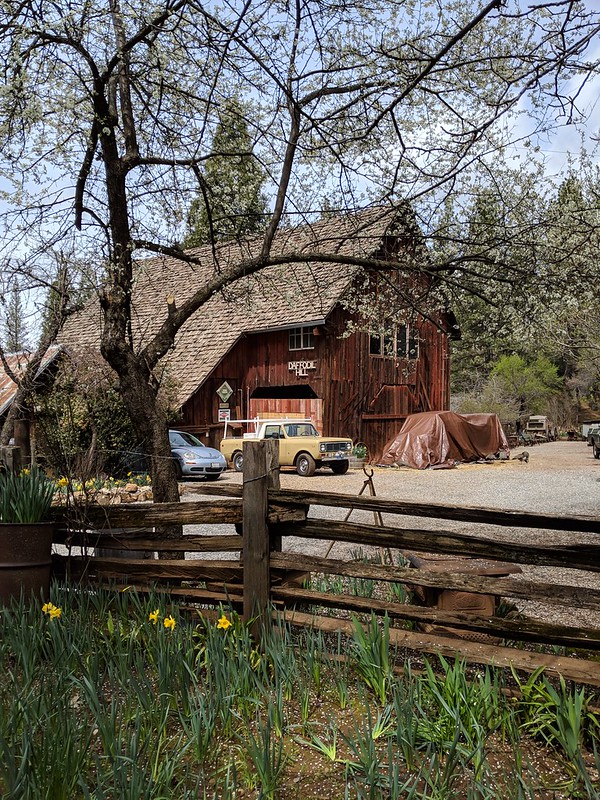 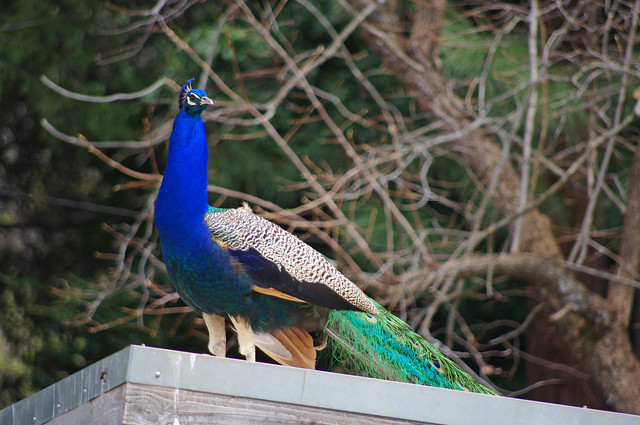 While disappointed from not seeing the Daffodil Hill, we passed by a home with a beautiful front yard full of daffodils. 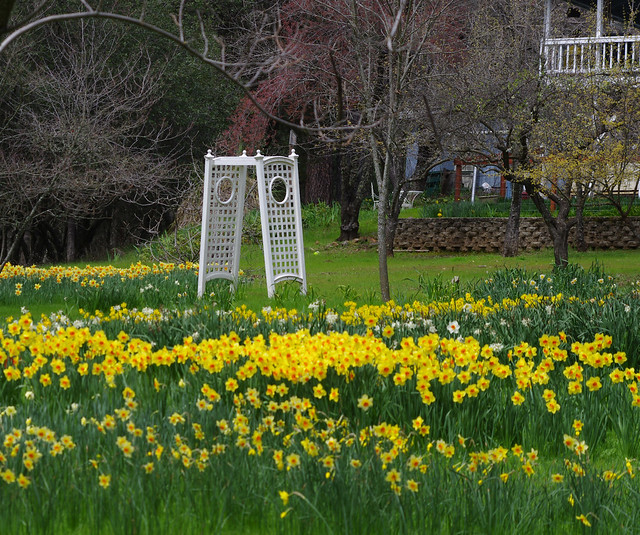 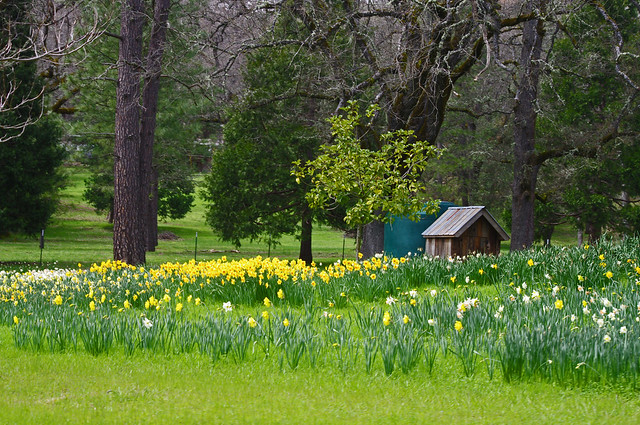 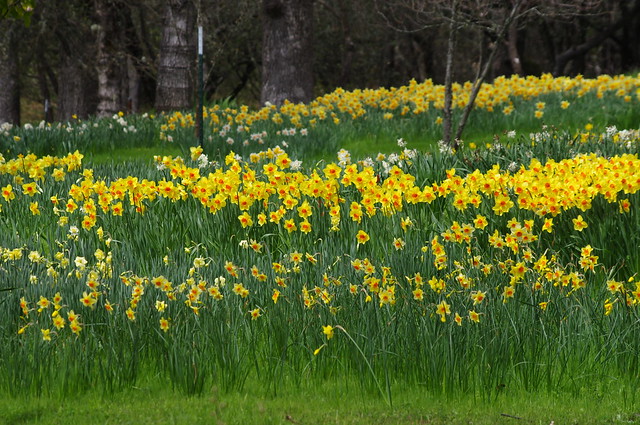 Next we set our sights on walking around nearby Sutter Creek. Sutter Creek was once the destination for fortune hunters wanting gold. Nowadays it's a quaint little tourist town. Not our first time here so we pretty much know what to expect. We were toying with the idea of lunch, but the combination of wanting to go home as soon as possible (long drive ahead of us) and nothing in the food offerings excited us sealed the decision for us to drive home instead. 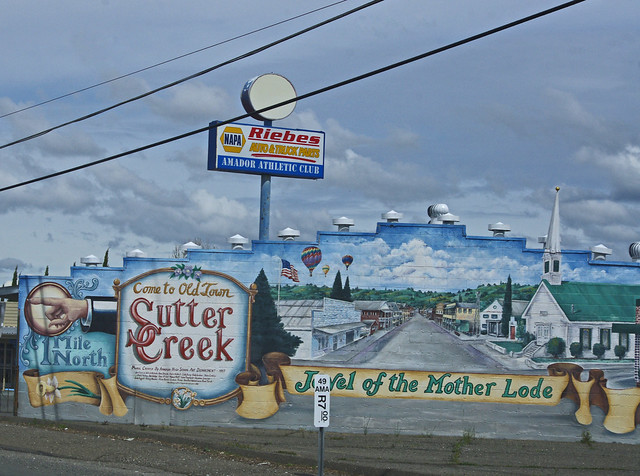 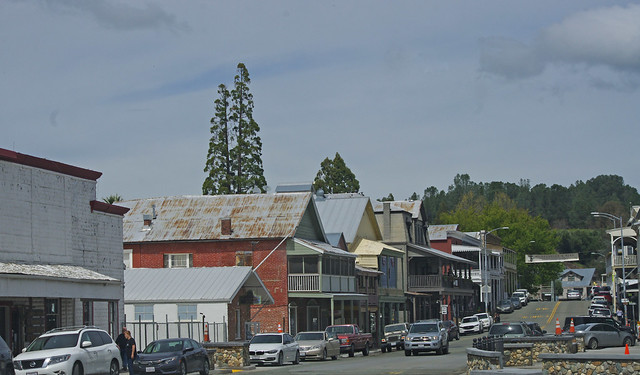 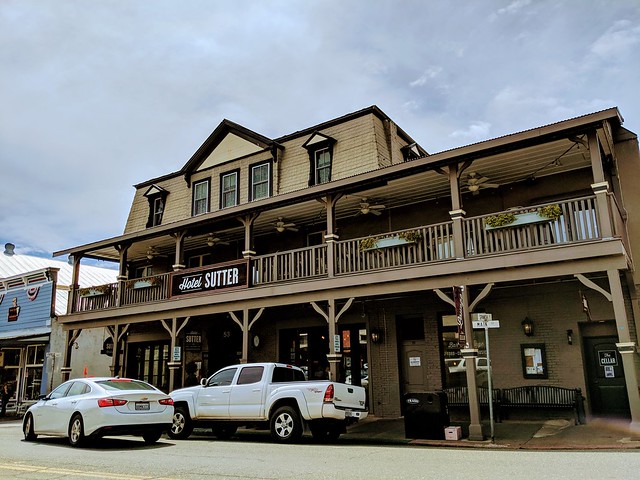 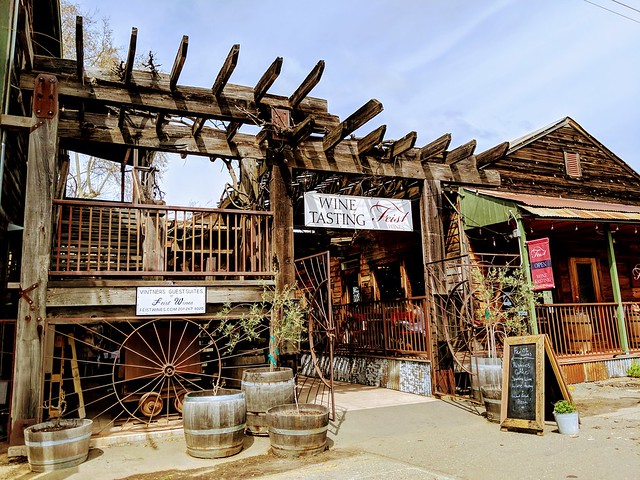 Took the same route back home and on the drive up earlier in the day we passed by a rather curious meat shop in small town Lockeford that has a line going on. Now I am always curious when a line forms in front of a business so I suggested we stop at Lockeford and see what sausages they are selling. I was also hoping there would be no more lines because I thought no one but us would be interested by now. However, of course there is a line and of course we had to queue. The place is small and so there's a sign that asks only 10 people at a time. That's partly why there is a line outside, but mostly their sausages are very good. The received good Yelp reviews. We got sampled three different types of sausages (Hawaiian, potato, and Jalapeno) which we took home and had for dinner that night. Oh man, I hoped we got more than a sample. A man ahead of us in line got something like 30 lbs of various sausages. He said he's not local so when he passes through he gets his supply. 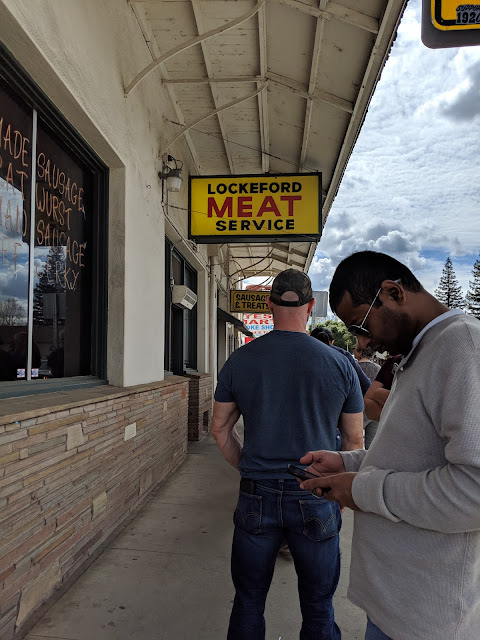 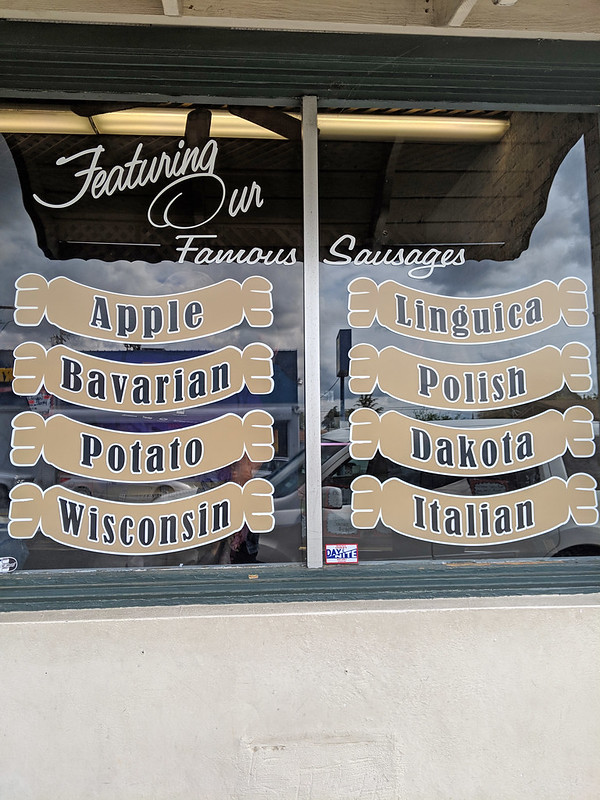 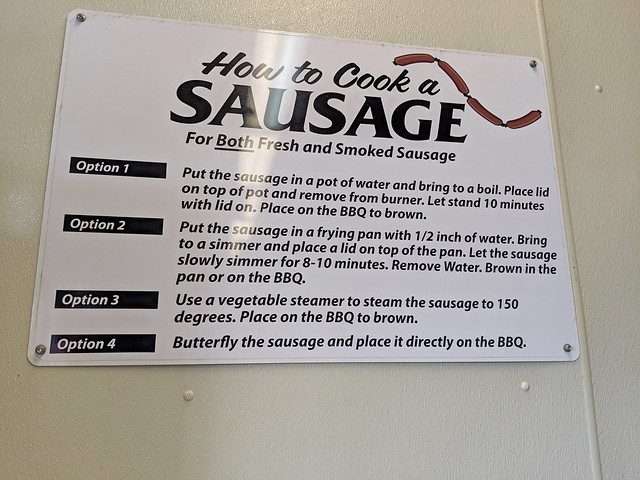 A few more shots we took on the way home. Had the time of my life sky watching on the drive home. 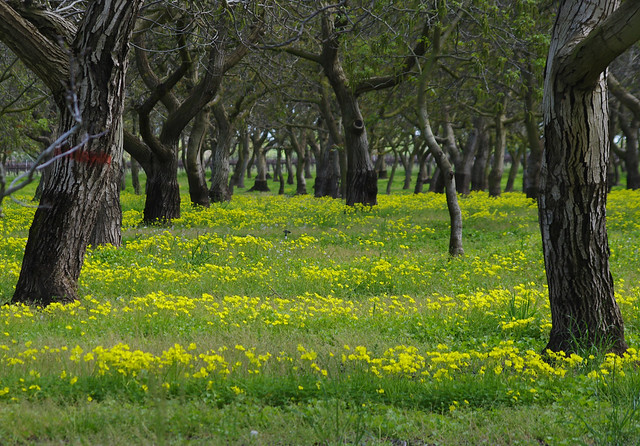 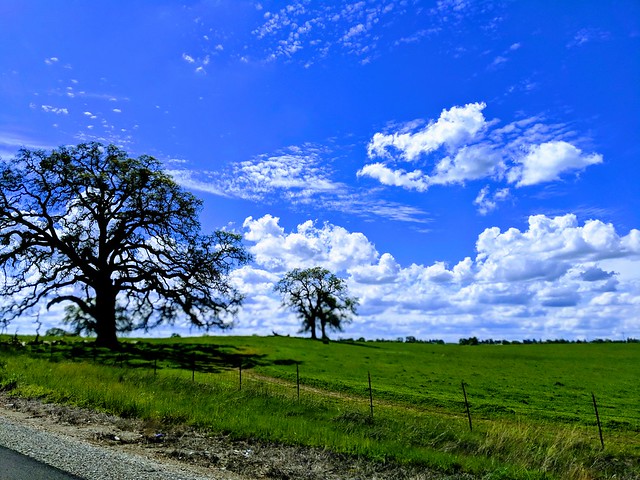 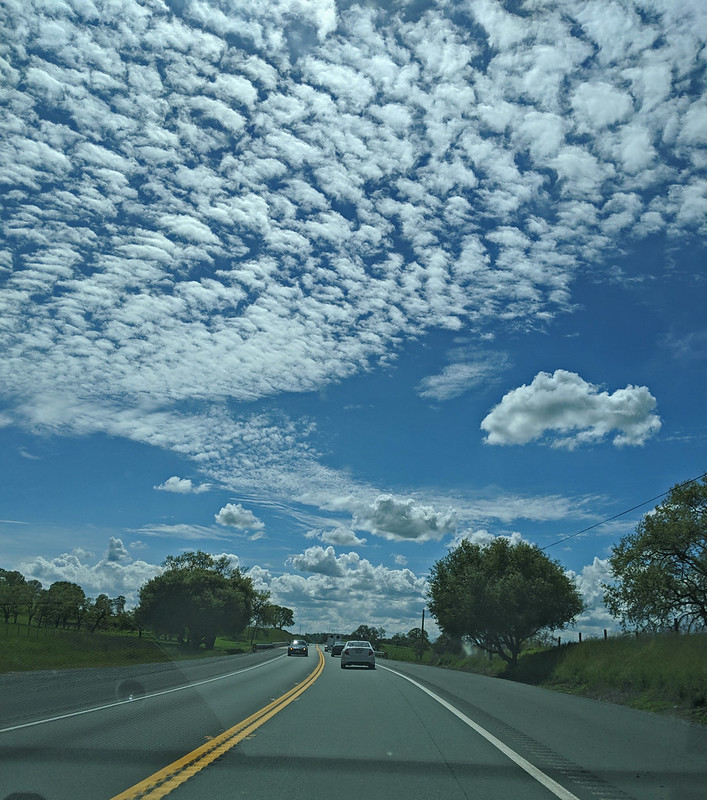 SKYWATCHING is a weekly gathering of sky watchers and sky lovers. Join us.