Egypt Day 6: (Valley of the Queens, Temple of Hatsheptut, Colossi of Memnon)

The jam-packed half-day tour continued with a short bus ride to the Valley of the Queens where the wives of the pharaohs were buried. This time there was no tram ride and the valley is much smaller than the Valley of the Kings. Because the heat was overbearing and the tombs we were told were less impressive here, I opted out. Darlene, a tour mate and constant dinner companion, shared my sentiments and walked with me back to the air-conditioned bus. We were in the bus for a short time when the rest of the tour group started to trickle in. 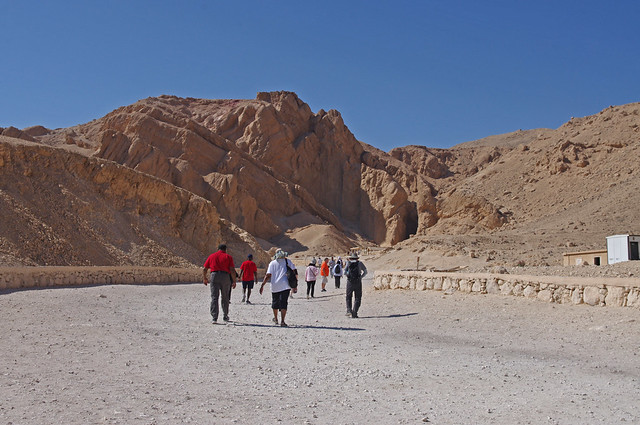 Some of those who braved the heat at Valley of the Queens. 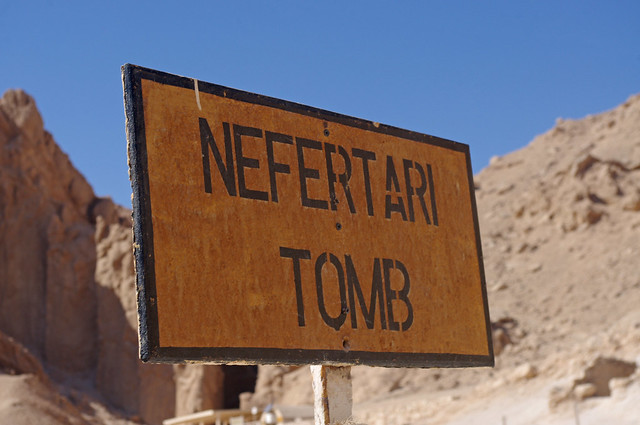 On hindsight, I should have visited this one.

The bus got moving and on to the next destination, which was the alabaster factory. Along the way, we were told the houses in the hillside next to both valleys housed the tomb workers. 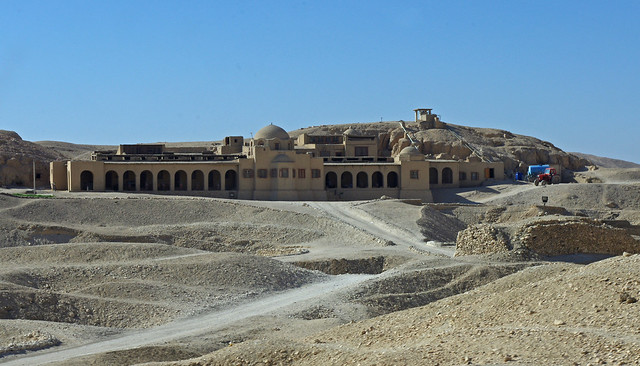 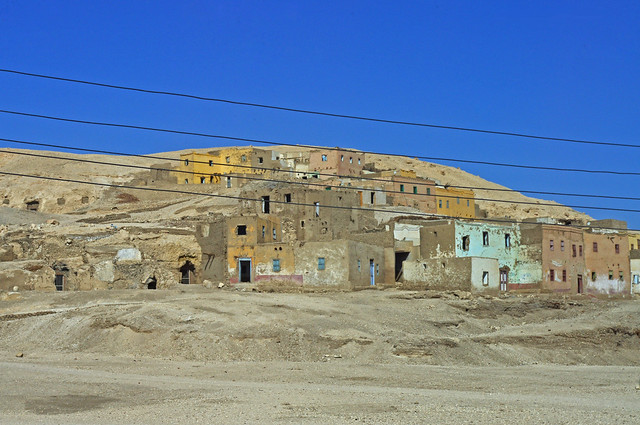 Here in Luxor, alabaster products are made and so much cheaper to buy here than in Cairo for instance. We were taken to a factory that has a fantastic show room filled with beautiful pieces, from huge items to small ornaments and miscellaneous objects. Of course, a little demonstration of cutting, polishing, and creating alabaster pieces was part of the visit to the factory. I was impressed with a large vase that had a high price tag, and was more interested in browsing with fellow tour mates than photographing the items. As a matter of fact, the photo below is the only one I captured while we were in the show room. 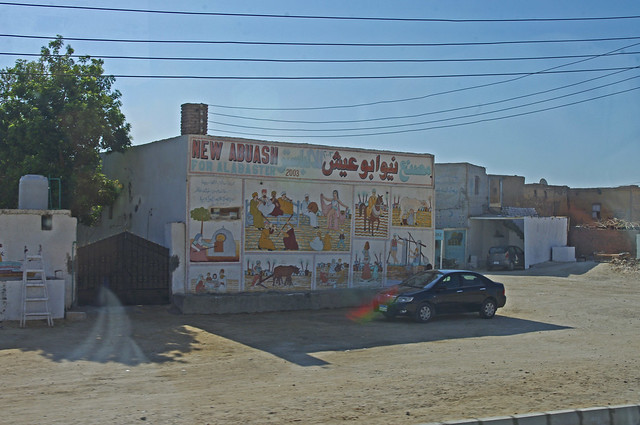 Many alabaster factories, there. Not the one we went to. 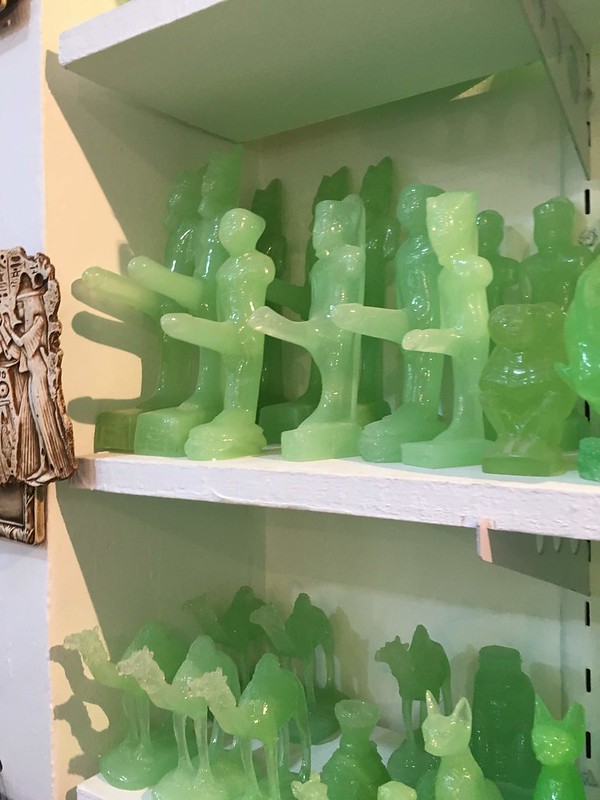 The only photo I captured. I wanted to buy one of the cats, but price was still high for my blood.

Next stop was the Temple of Hatshepsut. Hatshepsut was the second historically-confirmed female pharaoh, the first being Sobekneferu. {from wiki}.

The temple was impressive and has multiple floors. Some of the decorations remained intact. A tram takes the visitor to the temple and then back to the entrance again. In the heat of the day, the place was really packed with tourists and school children in uniforms. Despite that, I managed to capture a few shots without extraneous arms or head of another human being. 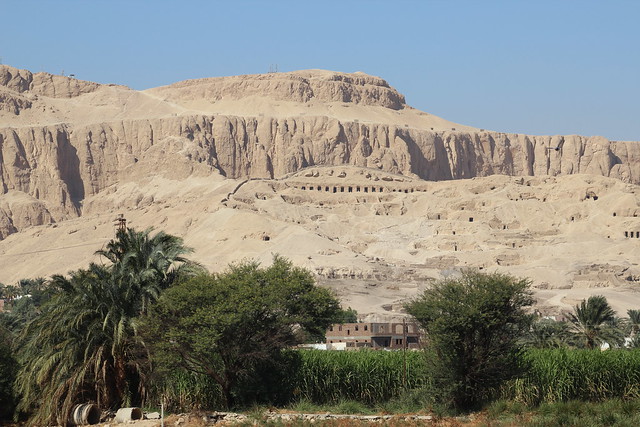 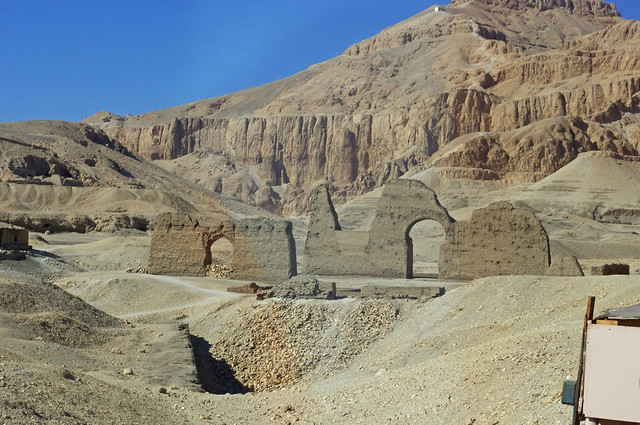 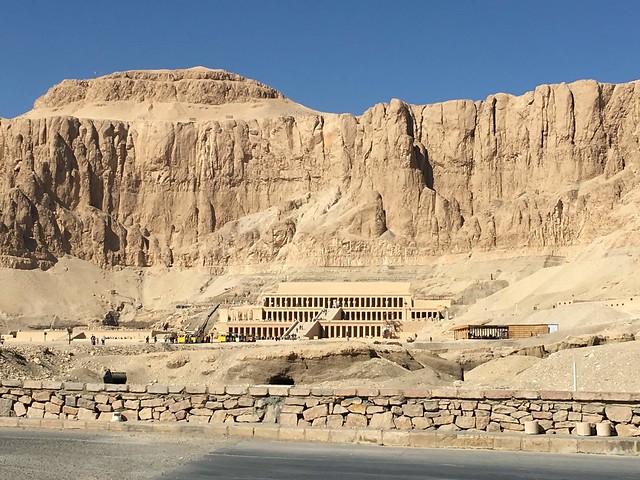 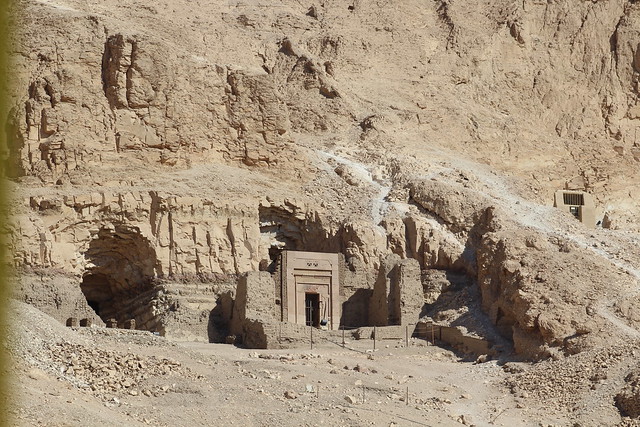 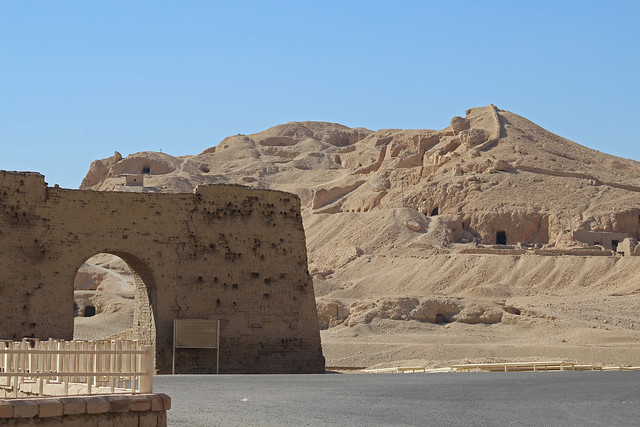 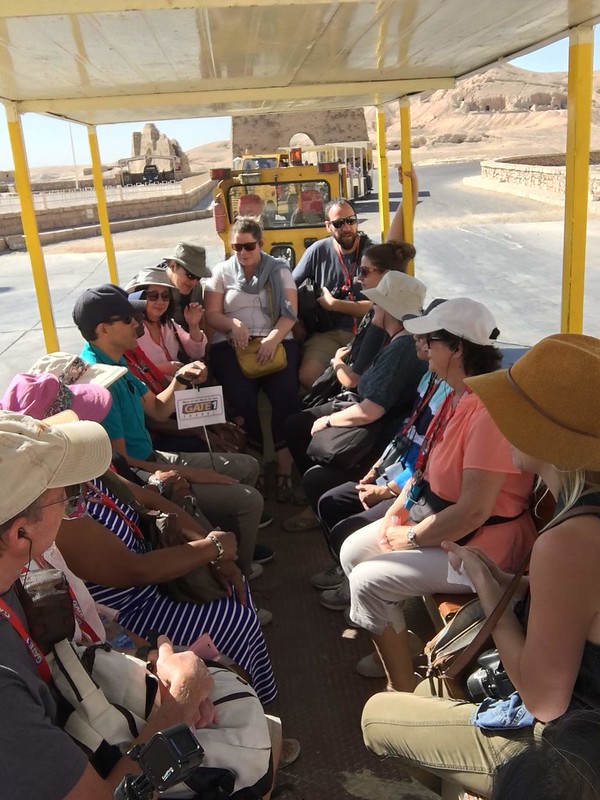 The tour group on a tram ride. 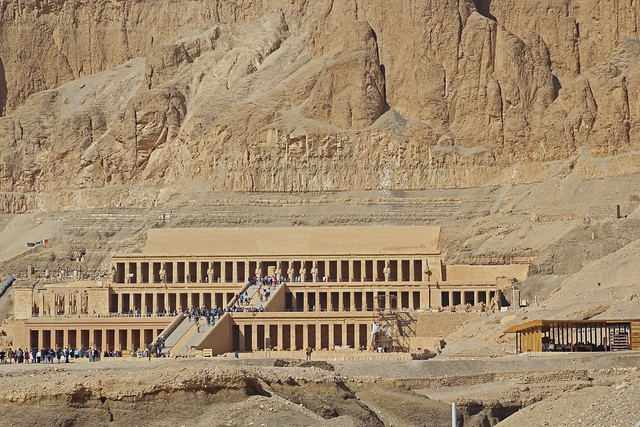 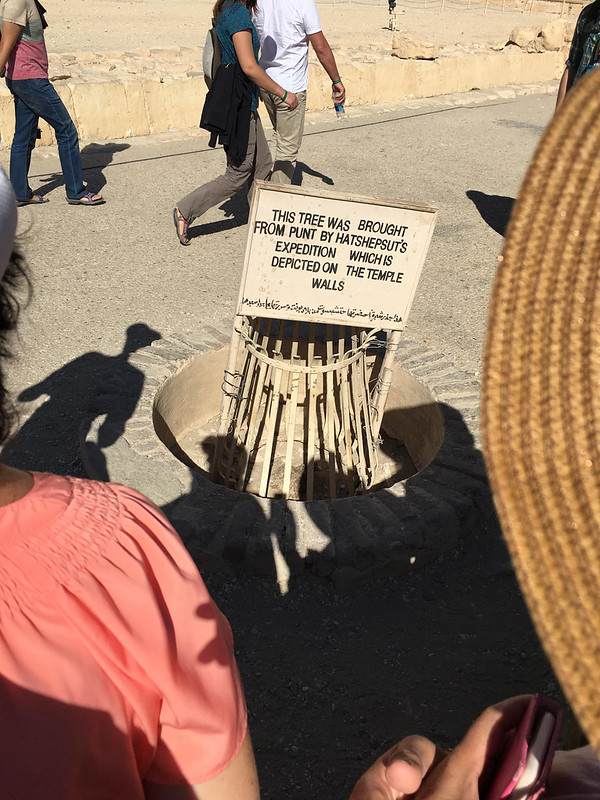 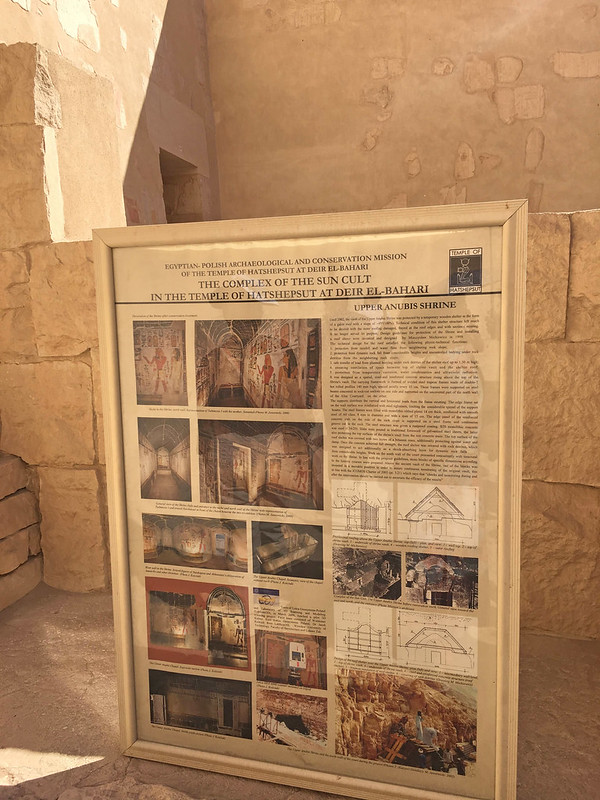 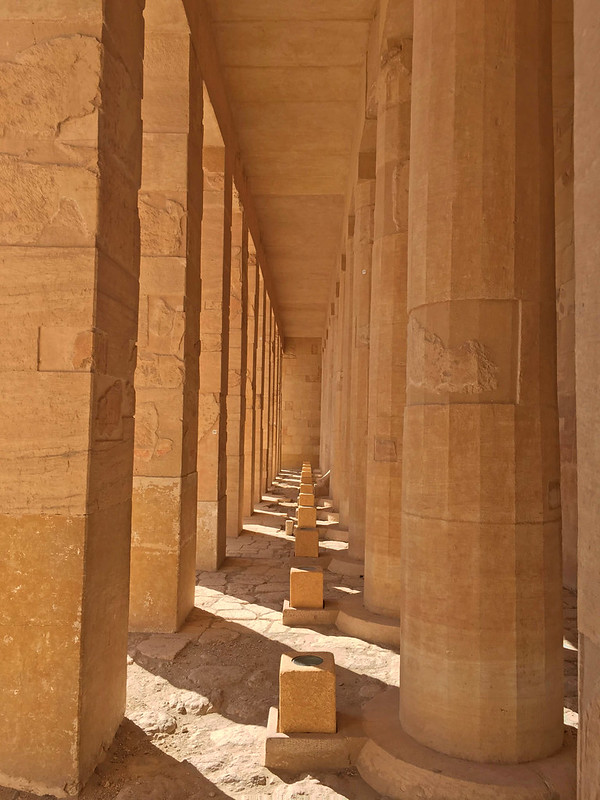 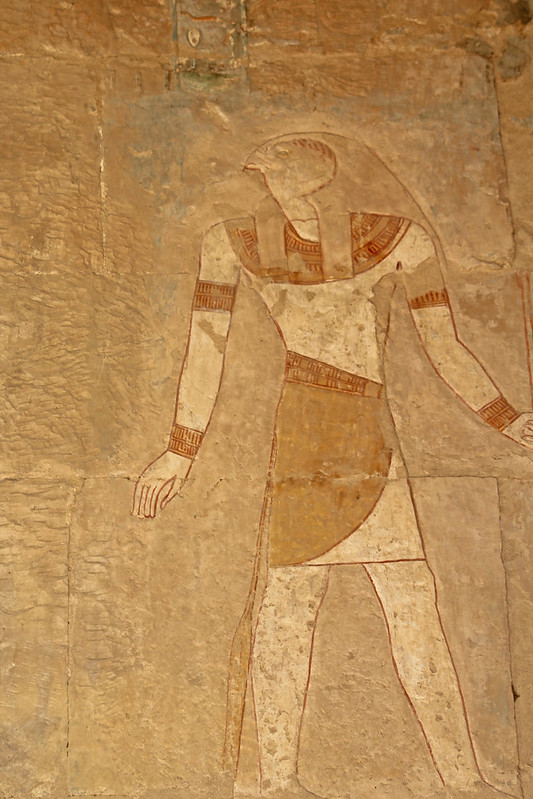 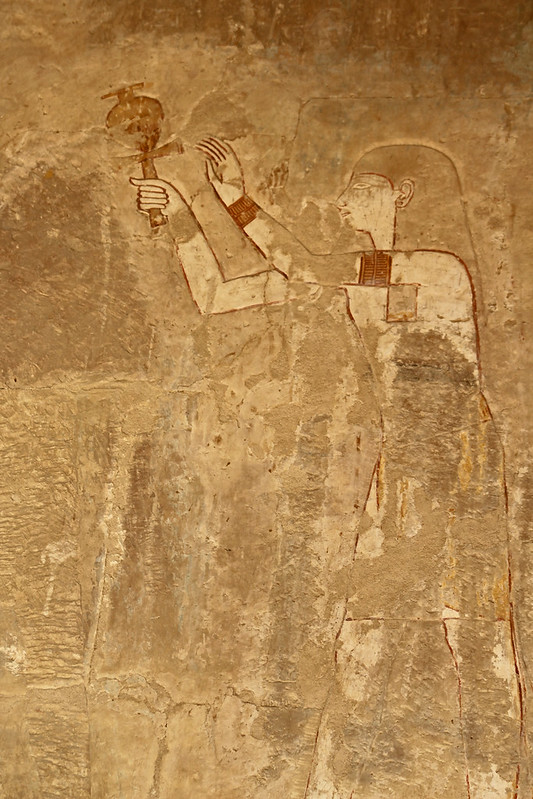 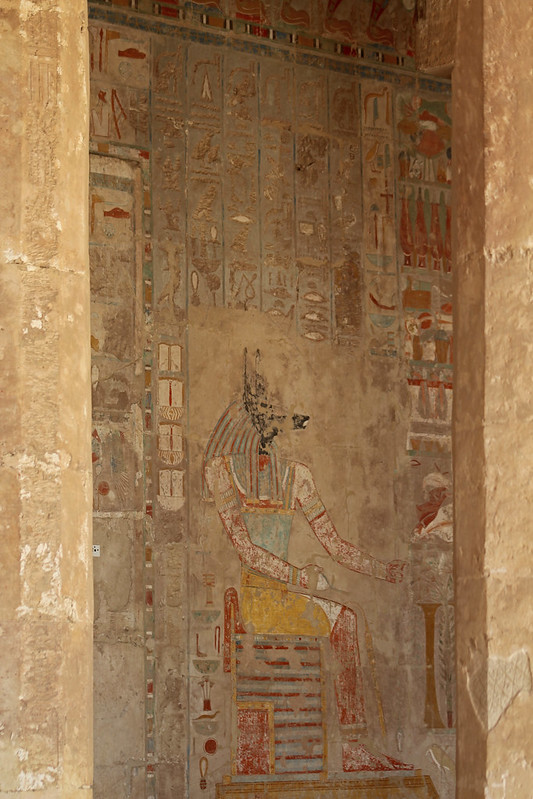 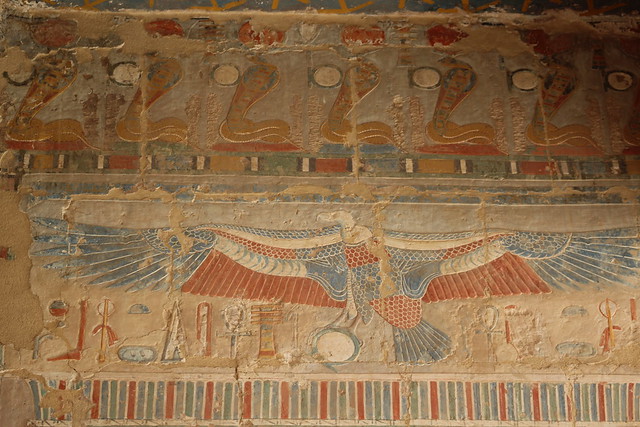 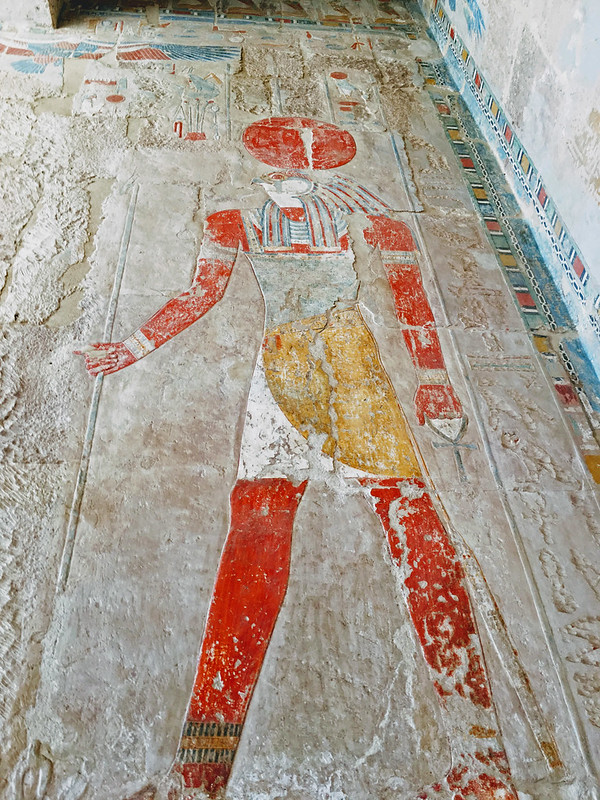 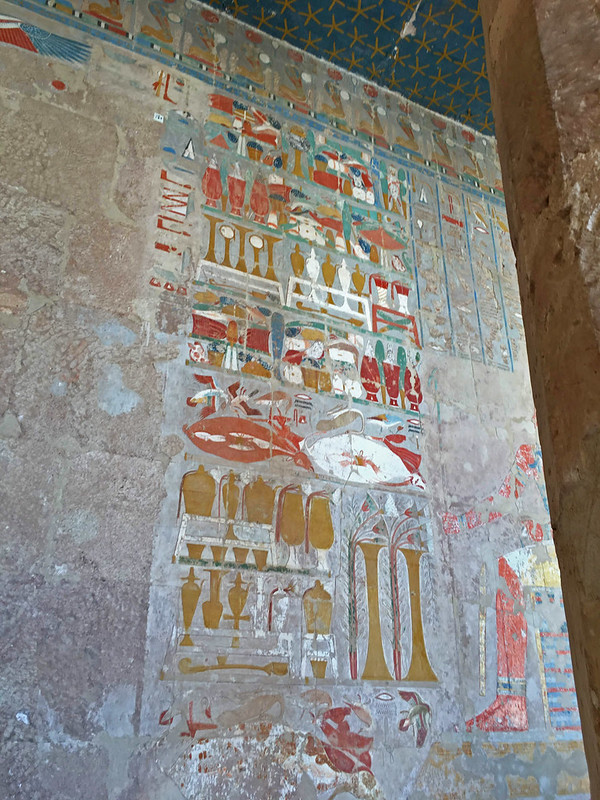 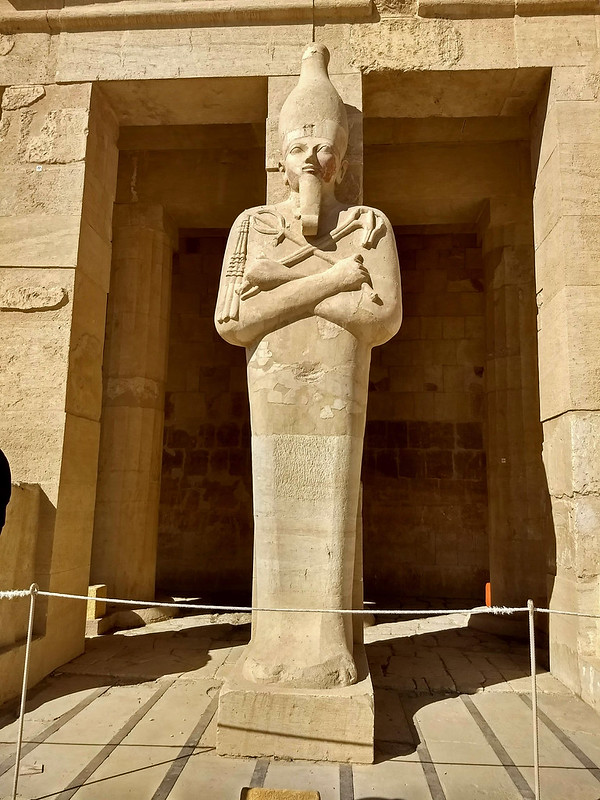 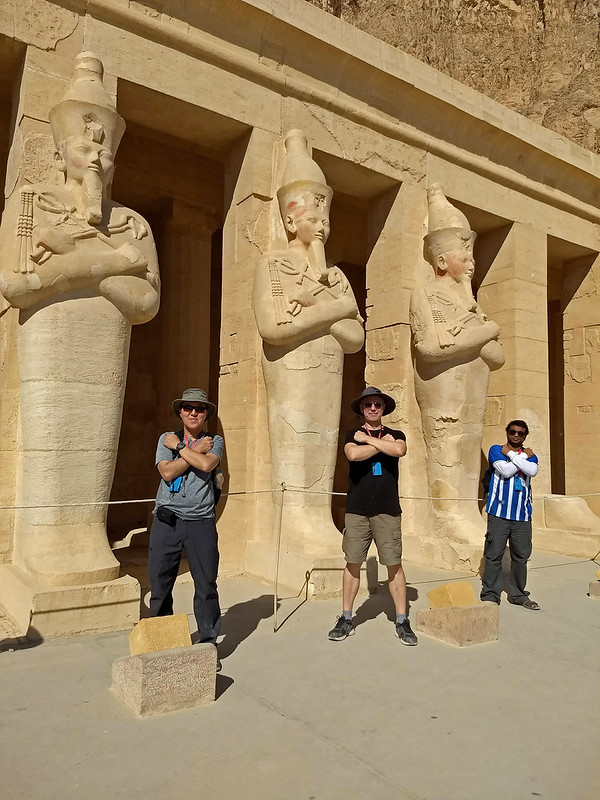 You must assume the pose. 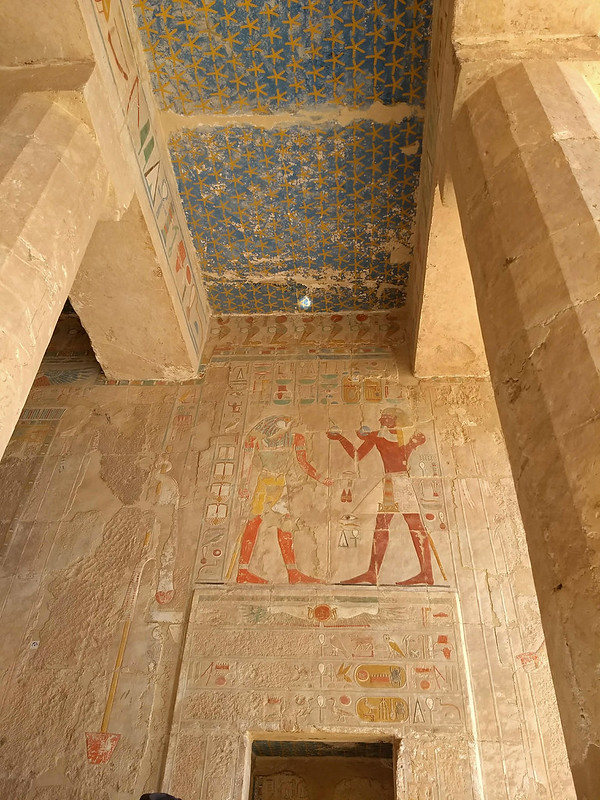 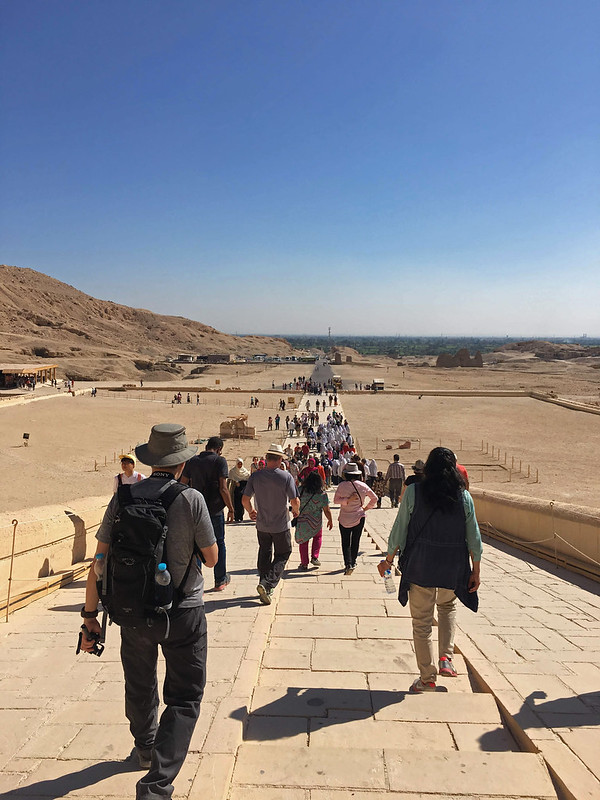 Us leaving the temple.

Just a photo-op stop at the Colossi of Memnon before heading back to the boat for lunch and a short nap (while the sun is at its hottest) before heading out to another excursion, another temple. 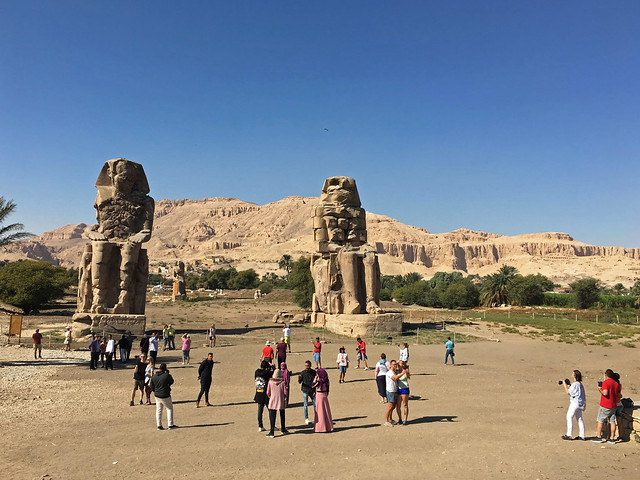 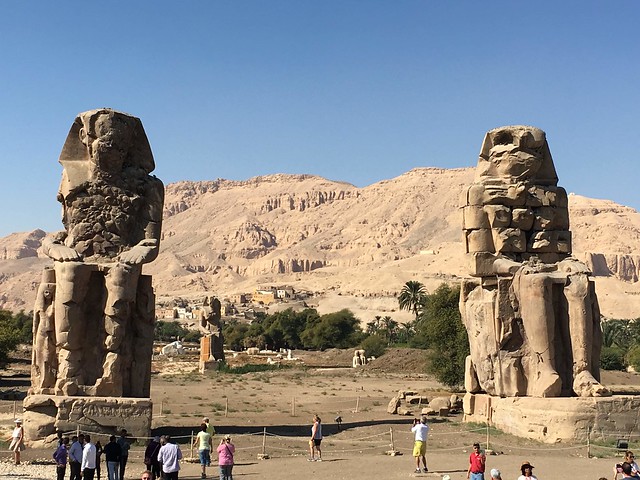 This morning's excursion to the Valley of the Kings, Valley of the Queen, the alabaster factory, the Temple of Hatshepsut and the Colossi of Memnon brought so much joy to me. Almost a year later and I'm still carrying around the excitement of visiting these places whenever I see the photos.